Evan Longoria thanks Giants, fans in goodbye post: ‘We will miss you!’ 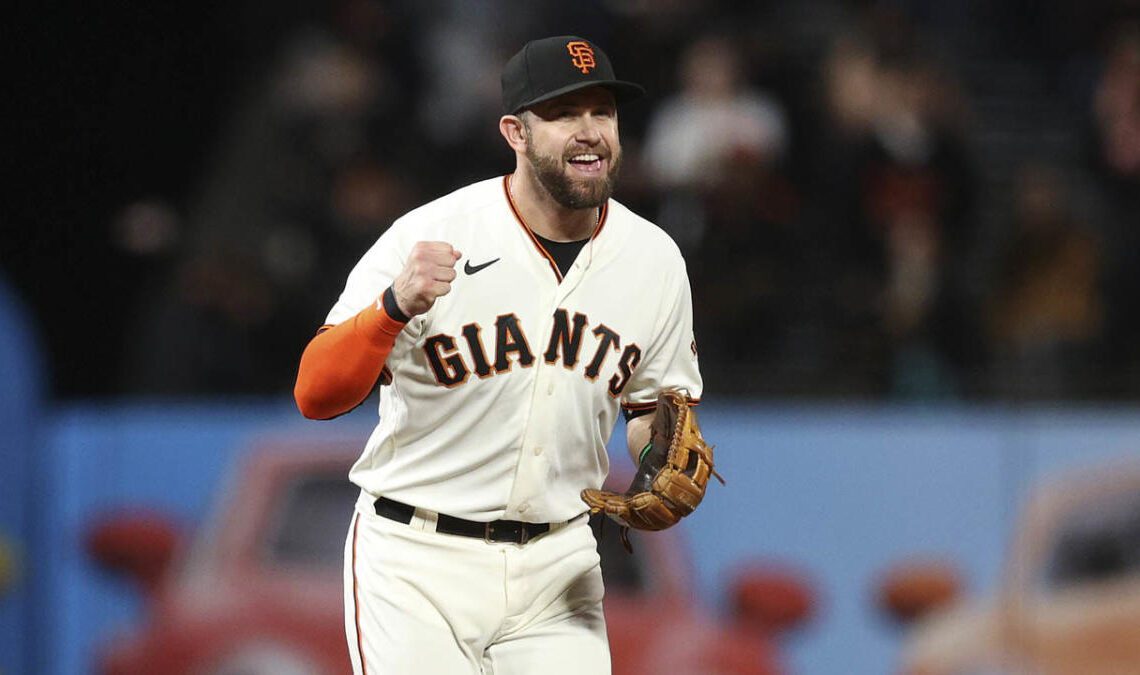 Longo’s heartfelt goodbye to Giants fans: ‘We will miss you!’ originally appeared on NBC Sports Bayarea

As he sat on a barstool in the visiting clubhouse at Petco Park last month, Evan Longoria spoke honestly about his future in the game. He made it clear that day, a few hours after a season-ending injury, that he hoped to be back for a sixth season in the Orange and Black.

“I’m committed to coming back here if in fact it does happen,” he said. “I’m a Giant until I’m not a Giant anymore. I don’t have any desire to go anywhere else.”

He seemingly doesn’t have a choice at this point. The Giants on Thursday declined to pick up Longoria’s $13 million option for 2023, choosing instead to pay a $5 million buyout.

There had been discussion about finding a midpoint and bringing Longoria back on a one-year deal, but as they enter one of the most important offseasons in franchise history, the front office is seeking flexibility.

When speaking to reporters on Wednesday at the GM Meetings in Las Vegas, president of baseball operations Farhan Zaidi sounded ready to move on to younger options: J.D. Davis and David Villar early in the year, with prospect Casey Schmitt on the way.

In a classy Instagram post for Giants fans, Longoria seemed to be preparing for a different home next season.

During that end-of-season session with reporters, Longoria made it clear he had two preferences if the Giants did not bring him back. He has homes in Tampa Bay and Arizona and said those two teams would be atop his list if he became a free agent for the first time.

Longoria started his career as a superstar with the Rays and remains wildly popular with their fan base. He lives in the Phoenix area now with his wife and three young children, and he could be appealing to a Diamondbacks team that is in need of veteran leadership, a right-handed bat and a sure defender at third base.

The Giants have said they’ll remain in contact with their veteran free agents, but Longoria has been around long enough to know that his best path right now is to vigorously dive into free agency. His 16th season in the big leagues likely won’t be back at Oracle Park.

“Thank you San Francisco for an incredible 5 years!” he wrote.