Hazen: Diamondbacks Have Flexibility For At Least Slight Payroll Bump 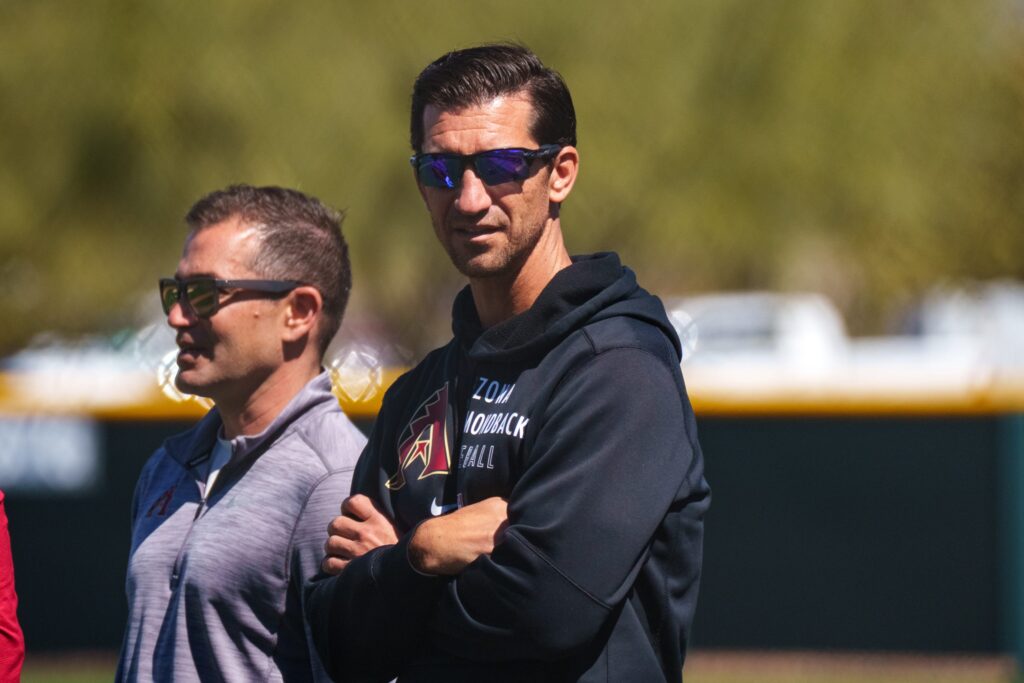 The Diamondbacks head into the offseason looking to bolster a roster that showed some promise in the second half. General manager Mike Hazen indicated last month the team was prioritizing adding swing-and-miss to the bullpen and was looking for another right-handed bat, and he suggested this week the front office should have financial breathing room for some additions.

“I think we’re going to have some room to move,” Hazen told reporters at the GM Meetings (link via Nick Piecoro of the Arizona Republic). “When we’ve felt like the team has gotten better, (owner Ken Kendrick) has usually given us leeway to maneuver. I think that’s going to be the case to some degree. I don’t know that we’re going to get to levels where we’ve been in the recent past, but I think we’re going to have some flexibility to do some things. I think the talent on our team warrants some additional good players.”

That’s not the resounding promise for a payroll spike for which the fanbase was probably hoping, although it does suggest they’ll be able to dip into free agency for help. Arizona signed only three free agents — Mark Melancon, Ian Kennedy and Zach Davies — to big league contracts last winter, tacking on a modest $12MM on the open market. The Snakes entered the 2022 campaign with a player payroll just under $91MM, per Cot’s Baseball Contracts, their second straight year between $90MM and $96MM.

Before the pandemic-shortened season, Arizona pushed spending north of $120MM in both 2018-19. Hazen’s comments downplay the possibility of getting back to those heights in 2023, but it doesn’t seem out of the question the team could push above $100MM in Opening Day payroll for the first time since 2020.

A relief corps that had the majors lowest strikeout rate figures to be a key priority. Arizona already bought low on a reliever with decent swing-and-miss ability, claiming Cole Sulser off waivers from the Marlins this week. That’s just one of what should be multiple additions, although an already-thin free agent relief market has seen arguably its top two players (Edwin Díaz and Robert Suarez) agree to re-sign with their previous teams. That leaves Taylor Rogers, Rafael Montero, Carlos Estévez, Seth Lugo, Andrew Chafin, Kenley Jansen and Chris Martin among the top arms available, although the D-Backs are sure to look into trades and/or waivers for additional options.

One other key offseason storyline for the D-Backs is whether…