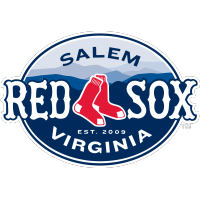 SALEM, Va. – The Salem Red Sox are excited to announce game times set for the 2023 season, with Opening Day slated for Thursday, April 6 at 7:05p against the Delmarva Shorebirds (BAL). Home games include 10 six-game series and two weekend series for a total of 66 contests to be played at Carilion Clinic Field.

Tuesday through Friday games at Salem Memorial Ballpark will begin at 7:05p, with the exception of April 18, to begin at 6:05p, and two (2) day games set for April 19 and June 13, both slated for 11:05a. The Red Sox will return to the field on Thursday’s as the BeerMongers, a nod to the craft industry, featuring drink specials. Friday games will continue to feature Friday night post-game fireworks.

Saturday games will begin at 6:05p, and Sunday games will begin at 3:05p. Monday’s will remain a league-wide off day, with the Carolina League All-Star Break scheduled for July 11-13. The 2023 season will conclude on Sunday, September 10 as the Red Sox host the Carolina Mudcats (MIL). Gates will continue to open one hour prior to first pitch, with early entry for season ticket holders.

“We are excited to welcome fans back to Carilion Clinic Field during the 15 season as a Boston Red Sox affiliate”, said General Manager, Allen Lawrence. “Our team is eager to continue providing safe, fun, affordable family-entertainment fans have come to know.”

Fans are encouraged to visit SalemSox.com or call (540) 389-3333 for more information about upcoming ballpark events, ticket specials, and Salem Red Sox merchandise ahead of the holiday season. A full 2023 promotional schedule is set to be released soon with exciting theme nights and unique giveaways.