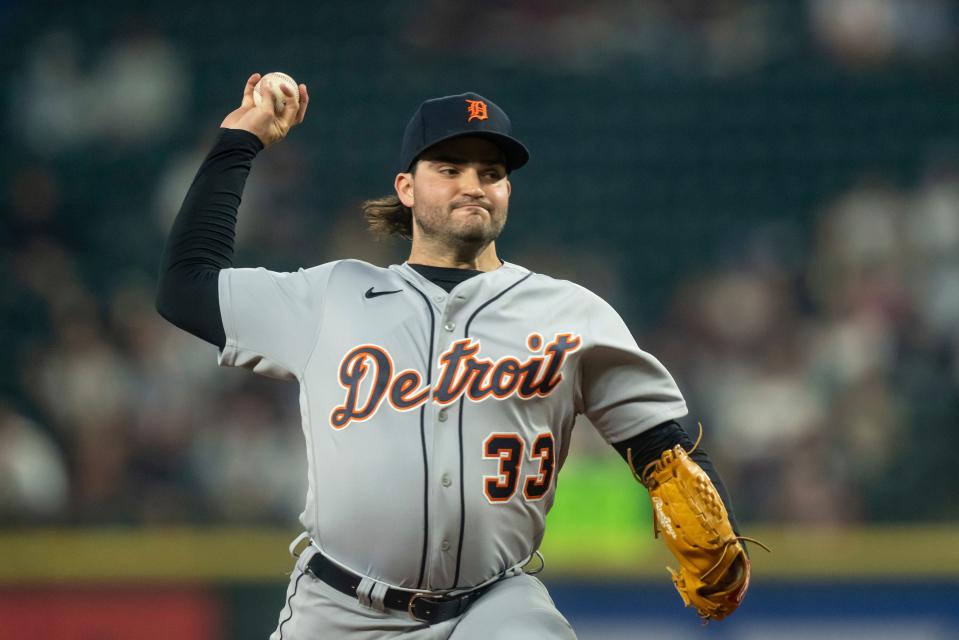 Those three players combined to play 123 games and were worth minus-1.1 fWAR for the Tigers in the big leagues. The last remaining member of the Martinez trade has departed from the Tigers’ organization: King became a minor-league free agent Thursday with 24 other players.

King, an infielder who turns 24 in January, spent nearly the entire 2022 season with High-A West Michigan. He batted .244 with a .279 on-base percentage and four home runs in 59 games.

Aside from Reyes, the most notable minor-league free agent is Garcia. He pitched 76 games for the Tigers over parts of four seasons, serving as the closer in the 2020 season. The 27-year-old logged a 7.55 ERA in 2021 and seemed unlikely to return to the big leagues with the Tigers.

In 2022, however, the Tigers needed a starting pitcher at the end of the season due to several injuries to members of the rotation. Garcia, who reinvented himself as a starter in the middle of the season, stepped up and started four games, with a 3.54 ERA, 10 walks and 17 strikeouts in 20⅓ innings.