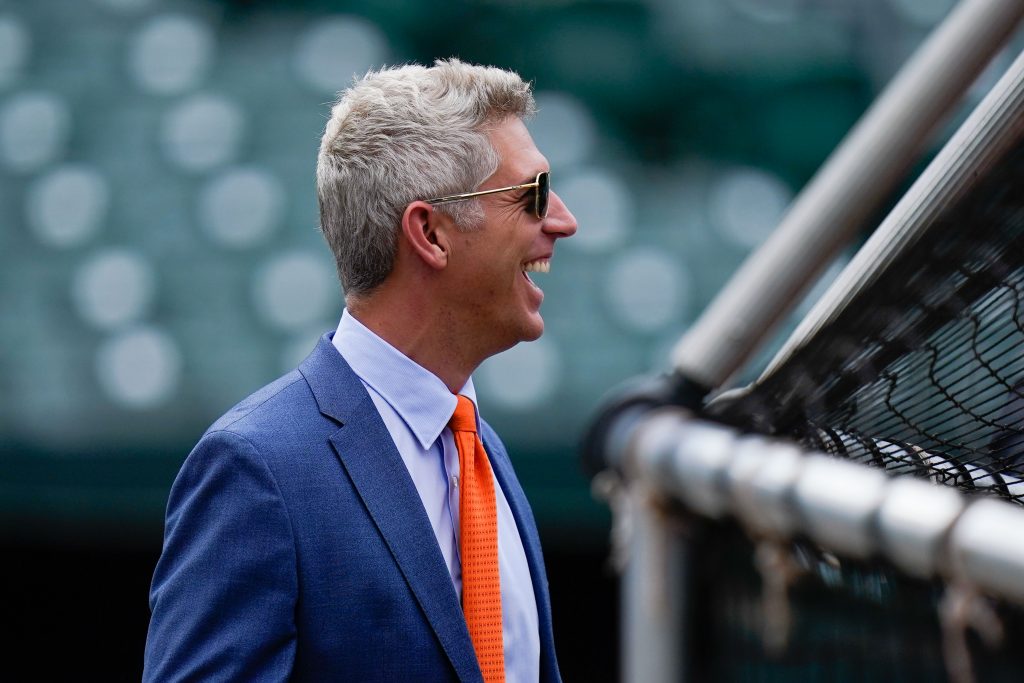 Orioles general manager Mike Elias spoke with reporters (including MASNsports.com’s Roch Kubatko and The Boston Globe’s Peter Abraham) at the GM Meetings about some of Baltimore’s winter plans, as the club looks to build on its surprising 83-win season.  While Elias noted that “we’re not going to go from zero miles an hour to 60 miles an hour in one offseason,” he left no doubt that the O’s are moving beyond their multi-year rebuild strategy.

“Our objective this winter is to add to the major league roster for the purpose of getting into the playoffs.  We think that this team is ready to, hopefully, incrementally take steps forward.  We’re in win-now mode.”

This means adding some established big league talent to a roster that is still pretty young and short on experience.  However, between these younger players and other top prospects coming up from a deep minor league pipeline, Elias noted that “we have internal players at almost every spot that we think are interesting, and I think that provides us with some flexibility with which players we go after.  We’ve got some positional flexibility with our current group and that makes for a scenario where we don’t have a very specific recipe of which positions the players have to come in.”

MLBTR’s Darragh McDonald explored some of Baltimore’s options in his recent Offseason Outlook piece, such as an infield picture that has Gunnar Henderson (who could play third base, second base, or shortstop) as the only true sure thing heading into 2023.  On paper, the Orioles could stand pat with a starting infield of Henderson, Jorge Mateo, Ramon Urias, and Ryan Mountcastle, with the latter three players perhaps somewhat acting as placeholders until the next wave of infield prospects are ready.  Or, Baltimore could acquire a new everyday option at one of the infield spots, perhaps by trading from that infield surplus.

The rotation is perhaps an easier fit for a new veteran, especially since Jordan Lyles’ club option was declined.  As Elias noted, “we’ve got a lot of interesting starters.  But they’re not guys who have a track record of being front-end-of-the-rotation starters.  If we’re able to go out this winter and get more veteran certainty, that would be big.  We’re going to be out in the market for that, for sure.”

Re-signing Lyles also isn’t out of the question, as Elias reiterated that the Orioles’ decision to decline the right-hander’s $11MM option…