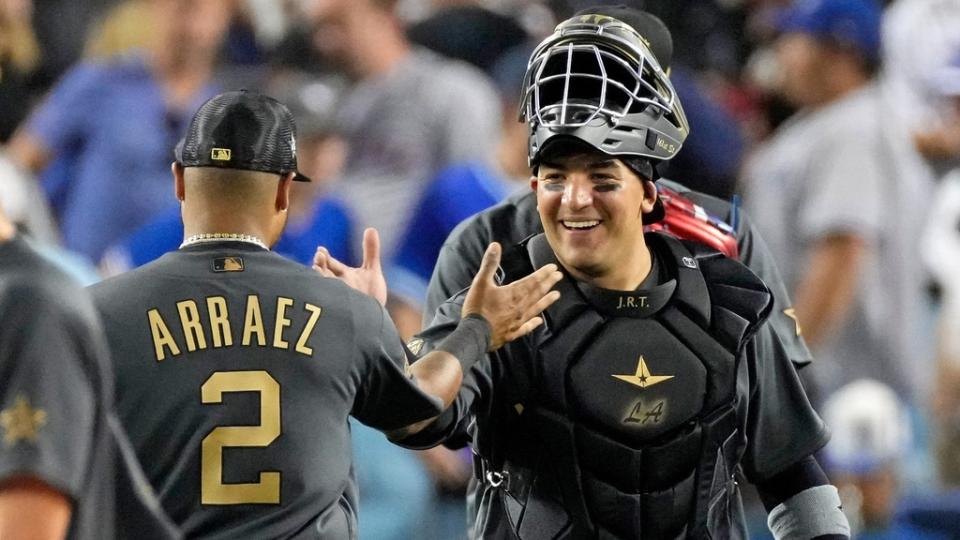 Jose Trevino added another piece of hardware to his collection from his first season in the Bronx.

The Yankees’ catcher was honored with the American League Platinum Glove Award on Friday, just under a fortnight after he was awarded his first career Gold Glove.

Trevino led all catchers with 21 defensive runs saved during the 2022 regular season, which was good enough for third among all position players.

In the regular season, he threw out 15 base runners (out of 45 total attempts) and ranked first in all of baseball with 17 catcher framing runs per Baseball Savant, meaning he saved New York 17 runs by how well he presented pitches to home plate umpires.

Trevino also led the majors by getting strikes called on 53.9 percent of pitches just out of the zone, according to Baseball Savant.

The award, which was first given in 2011, is awarded to one Gold Glove winner from each league to highlight the “best of the best” that year. The award is voted on by fans.