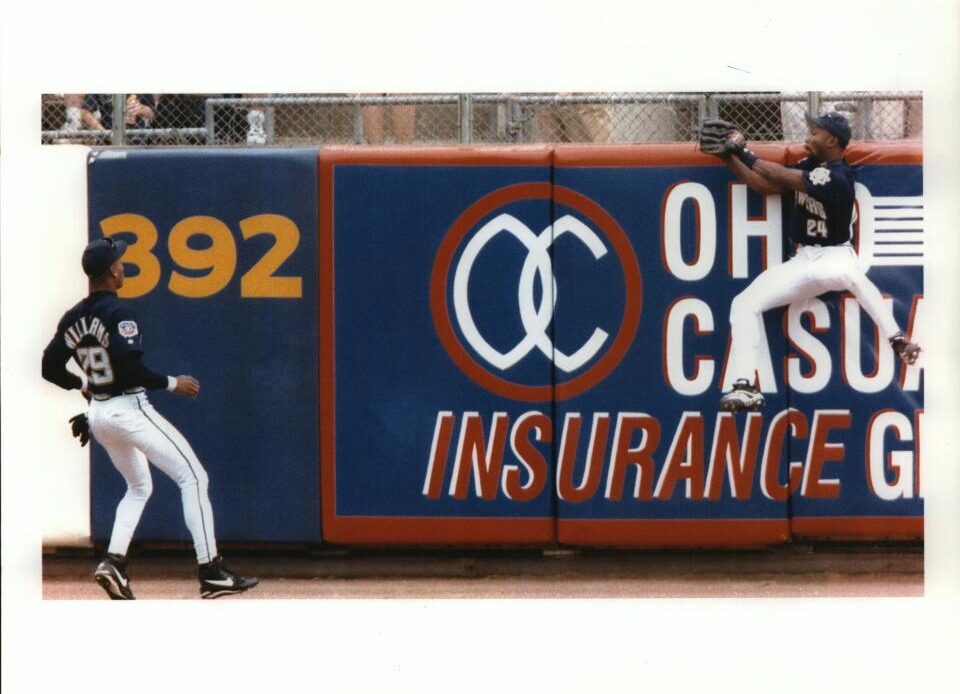 Outfielder Chuck Carr, author of a memorable quote in Milwaukee Brewers lore, has died at age 55 according to an announcement on Facebook, relayed by Miami Herald reporter Craig Mish among others.

The tribute from his family suggested Carr had been battling health issues.

The Brewers acquired the speedy outfielder from the Florida Marlins in advance of the 1996 season in exchange for a minor-league pitcher, though his first season with the Brewers was dramatically limited by a serious knee injury. He was back in 1997, but he made just 50 plate appearances before a tense exchange with manager Phil Garner preceded his immediate release.

A clubhouse enigma, Carr was benched early in the 1997 season, and his final Milwaukee at-bat May 16 proved to be his most memorable. Leading off the bottom of the eighth with the Brewers behind the California Angels, 4-1, Carr swung away on a 2-0 pitch and popped out, despite a take sign from third-base coach Chris Bando.

Garner confronted Carr for the poor plate discipline, the third heated interaction between the two during the early part of the season.

Carr’s response was: “That ain’t Chuckie’s game. Chuckie hacks on 2 and 0.”

“I swear to God, that’s what he said,” Garner said later that month in the St. Louis Post-Dispatch. “The guy is always talking about himself in the third person.”

Carr later denied that he uttered the quote, but he was released by the Brewers immediately and refused the assignment to Class AAA.

Carr caught on with the Houston Astros and homered off John Smoltz in the seventh inning of Game 3 in the 1997 National League Division Series — the final at-bat of Carr’s career.

Carr finished fourth in the rookie of the year voting in 1993 with the inaugural Marlins team after he was taken with the 14th pick of the expansion draft. He stole 58 bases to lead the league in 1993 and 32 the year after that.