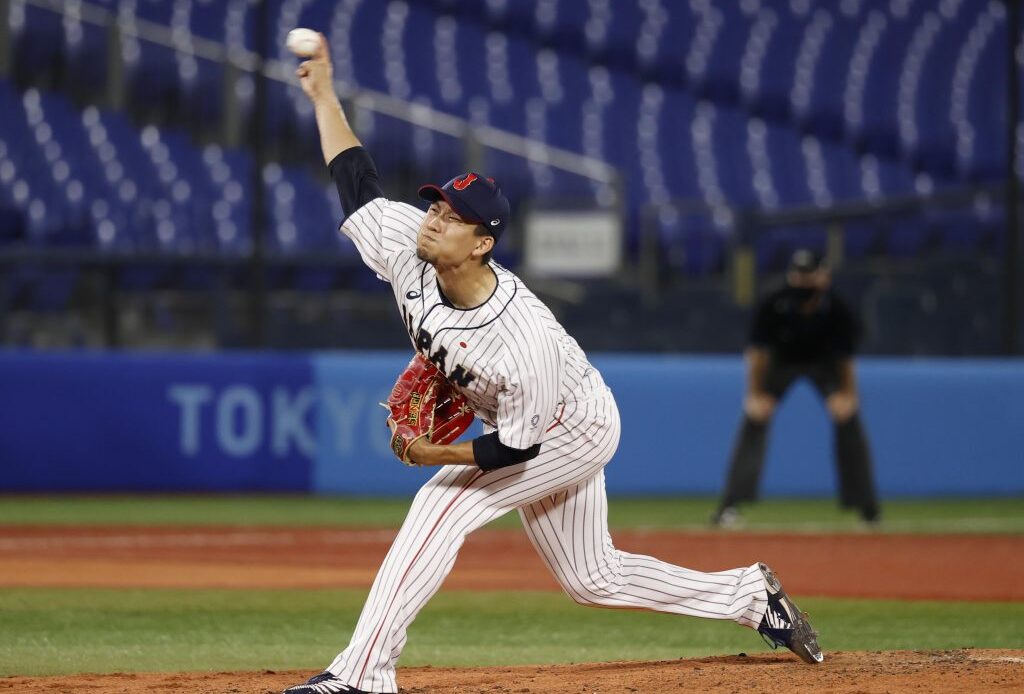 With the Giants looking for rotation help, it isn’t surprising that the club has joined the increasingly lengthy list of teams considering Kodai Senga.  President of baseball operations Farhan Zaidi discussed and praised Senga with reporters (including John Shea of the San Francisco Chronicle) earlier this week, noting that the Japanese right-hander is “very physically talented” and “we’ve heard great things about” Senga on a personal level.

“For all pitchers, we look not just at the performance but their pitching style and what adjustments they might have to make coming to Major League Baseball….It’s about evaluating and understanding where his market is going to be and also for us to think about how we can help him, if there’s interest, be as good as he can be in the major leagues,” Zaidi said.

There was also an intriguing visual hint of the Giants’ interest on Saturday, as reporter Marc Delucchi (Twitter link) noticed that a mock-up image of Senga in a Giants uniform was briefly posted on Oracle Park’s scoreboard.  That would seem to hint at some kind of recruiting video or perhaps even an in-person visit was taking place as part of San Francisco’s courtship of the 29-year-old hurler.

The Angels, Red Sox, Rangers, Blue Jays, Mariners, Cubs, Dodgers, and Padres have all been linked to Senga’s market, and it’s probably fair to assume that every contender with a rotation need will make a call to Senga’s agent Joel Wolfe.  As per Wolfe’s recent comments to Gordon Wittenmyer of NBC Sports Chicago, Senga is “very open minded” about his move to North America, but “would like to play in a big market with a team that wants to try and win right now.  He has a great deal of interest in being in a big market.”

That criteria would seem to give the Giants an edge, as the team has the Bay Area market behind it, and is only a season removed from a 107-55 record.  While the Giants were only a .500 team in 2022, they are expected to be aggressive in reloading the roster for another run, and the team has plenty of available payroll room to add premium talent.

During Zaidi’s tenure, San Francisco has been relatively conservative when it comes to larger contracts, so some kind of splurge will be necessary to land Senga.  MLBTR projects Senga for a five-year, $75MM deal as he makes the jump from Nippon Professional Baseball to Major League Baseball, with that contract figure reflecting Senga’s age, ability, and what…