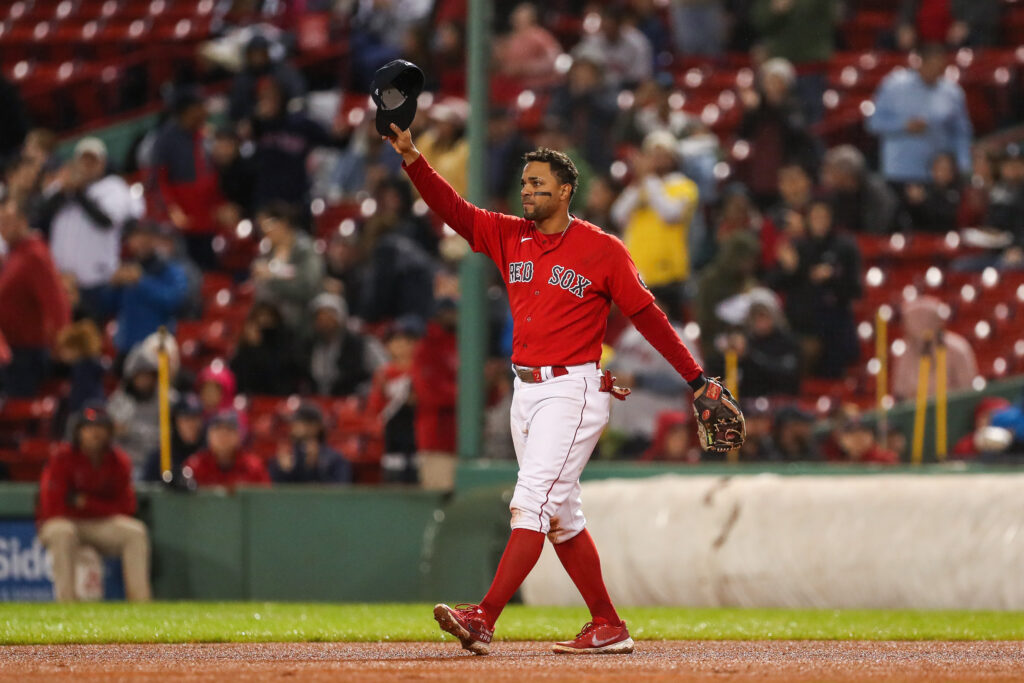 According to reports back in September, the Phillies were planning to pursue Xander Bogaerts once the free agent market opened, and that plan apparently remains intact two months later.  According to Jon Heyman of the New York Post, Philadelphia is “believed to have real interest in” making Bogaerts the latest big-ticket addition to the roster.

Since Bogaerts received a qualifying offer that he is sure to reject from the Red Sox, the Phillies will have an extra price to pay in compensation for a signing, since Philadelphia exceeded the luxury tax threshold in 2022.  To sign Bogaerts or any other QO-rejecting free agent, the Phils would have to give up $1MM of their international bonus pool, and their second- and fifth-highest picks in the 2023 draft.

Fellow star shortstops Dansby Swanson and Trea Turner are also attached to draft compensation, so theoretically, the Phillies might prefer Carlos Correa if they’re going to shop from the top shelf of the shortstop market.  Since Correa rejected a qualifying offer last winter, he is ineligible to receive another QO, and thus could be signed without any compensation.  Of course, this also gives Correa extra appeal to other teams, which doesn’t necessarily help the Phillies in a bidding war.

It is expected that the Phils will at least check in on all of these shortstops, but Bogaerts also has a personal connection with Phillies president of baseball operations Dave Dombrowski, who was Boston’s PBO from 2015-19.  That stint saw the Red Sox win a World Series in 2018, and Bogaerts sign the six-year, $120MM extension that he has now opted out of, in order to test the market this winter.

Since the Phillies declined their $17MM club option Jean Segura for 2023, the Phils suddenly have a hole in their infield that could be pretty cleanly filled by signing Bogaerts.  Bryson Stott would move over to second base, and Bogaerts could step right in as Philadelphia’s new everyday shortstop.  Edmundo Sosa’s emergence after joining the Phillies in a midseason trade also puts him into the mix, though Sosa could be moved around the diamond — splitting time with Stott at second base, getting the occasional appearance in left field, or spelling Alec Bohm at third base.

Between Segura’s declined club option and Zach Eflin declining his end of a mutual option, the Phillies have roughly $179.3MM in payroll on the books for 2023, and a luxury tax number of just under $190.8MM.  Assuming Bogaerts signed a…