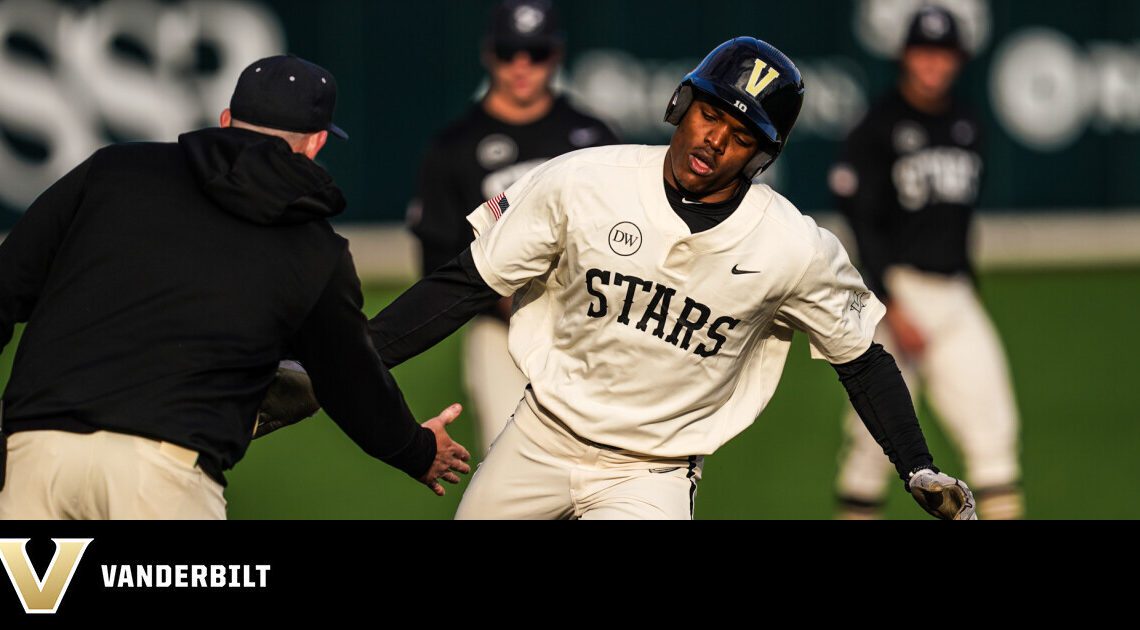 NASHVILLE, Tenn. — A two-run home run by T.J. McKenzie led the Gold Team to a 2-0 shutout victory in the David Williams Fall Classic on Sunday afternoon at Hawkins Field.

Pitching highlighted Sunday’s intrasquad, as the two teams were scoreless after five innings of action. Matthew Polk led off the top of the sixth with a double down the left field line to put a runner in scoring position. In the next at-bat, McKenzie connected on a two-run shot to left field to give Gold a 2-0 lead, which would be the only runs scored on the day.

The Gold offense was led by multi-hit efforts from the trio of McKenzie, Alan Espinal and Ivan Arias, who each contributed two hits apiece.

Each squad used five pitchers in the matchup, while Gold combined for 18 strikeouts on the day. Sophomore Ryan Ginther notched a team-high seven strikeouts across 3.0 innings of action, while allowing just one hit and one walk. Fellow sophomore Colton Regen fanned five batters over 3.0 innings, while yielding one hit and walking one.

The duo of Jack Anderson and Hunter Owen recorded three strikeouts each across their 1.0 inning of work.

With the conclusion of the fall training window, the Commodores will now shift their focus to the spring. Vanderbilt is set to open the 2023 season on Feb. 17, traveling to Arlington, Texas, to compete in the College Baseball Showdown.