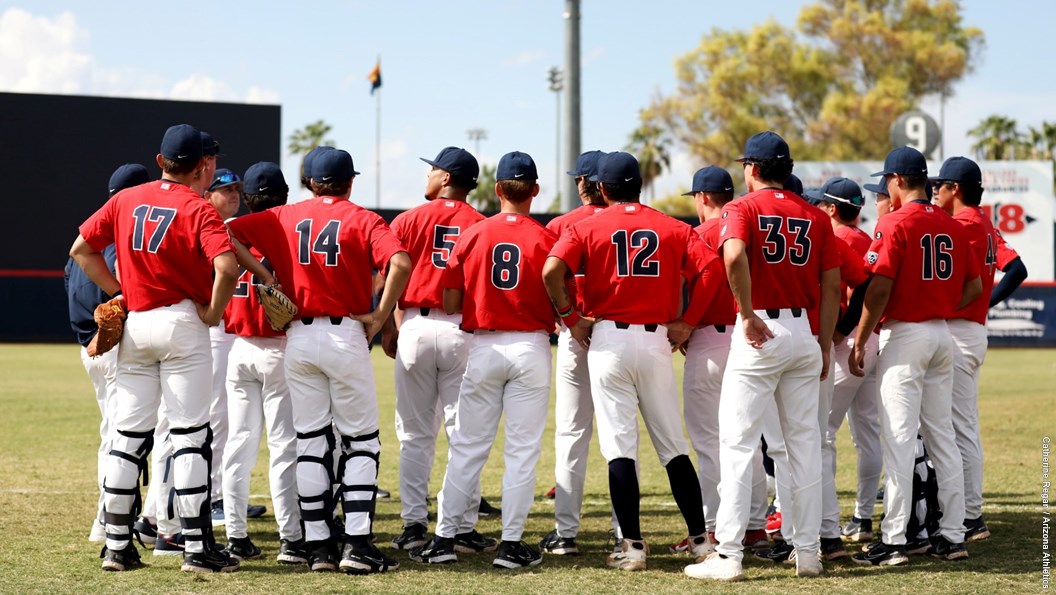 Pac-12 Network television selections for conference series, along with first pitch times for all games, are anticipated to be released in December.

The Wildcats 2023 campaign, their second under the direction of head coach Chip Hale, features 31 home contests, an early season test at the high-profile MLB4 Tournament in Scottsdale, and 21 games against nine teams who qualified for the 2022 NCAA Tournament. Four of Arizona’s 2023 opponents finished last year ranked in the final D1Baseball Top 25 poll of the season, including three who ended the year in the Top 10.

Arizona will kick off the season on Friday, Feb. 17 at the MLB4 Tournament held at Salt River Fields in Scottsdale, the Spring Training home of the Arizona Diamondbacks and Colorado Rockies. There, the Wildcats will take on Tennessee, Michigan, UC San Diego, and Fresno State in a yet-to-be-determined order.

Following the season-opening challenge in Scottsdale, the Wildcats will return home for a seven-game homestand that features three-game series against West Virginia (Feb. 24–26) and North Dakota State (March 3–5) as well as a midweek tilt against Cal Baptist on Tuesday, Feb. 28. Arizona’s home opener is scheduled for Friday, Feb. 24 against a West Virginia squad that finished with a winning record of 33-22 (14-10 Big 12) last season.

The Wildcats last test before Pac-12 conference play is a road midweek game at Grand Canyon on Tuesday, March 7. Arizona will continue to square off against non-conference opponents in midweeks scattered throughout the season and in a three-game series during their conference bye week. The Cats travel for midweek games at Cal State Fullerton (March 15) and Grand Canyon (May 2) and host midweeks against Utah Tech (March 21), Grand Canyon (March 28), New Mexico State (April 11), New Mexico (April 25), and Nevada (May 10). During their Pac-12 bye weekend May 5–7 Arizona will host a three-game series against Air Force, the reigning Mountain West Tournament Champions.

One of the more notable dates on the home calendar, a…