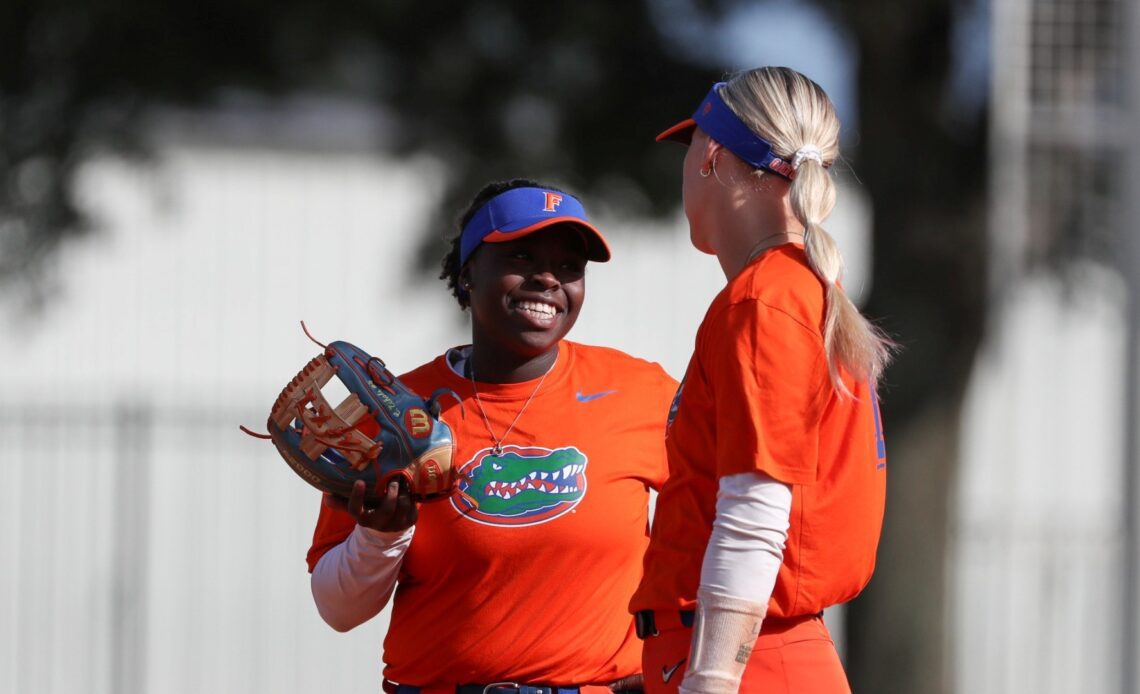 Florida defeated the College of Central Florida in its final exhibition of the fall.

The Gators hit .362 (17-for-47) with a pair of triples, a double and five walks against the Patriots. Avery Goelz, Sarah Longley, Baylee Goddard, Katie Kistler, Reagan Walsh and Charla Echols each tallied multi-hit performances in the contest.

In game one, the Orange & Blue scored in every inning of action except the first. The first runs scored occurred in the second inning of action when Kistler produced an RBI single down the left field line that scored pinch-runner Christina Wellen. UF executed a double steal later in the frame with Longley swiping home on the throwdown at second trying to catch Avery Goelz. Pollard capped the inning’s scoring with an infield RBI single that scored Goelz and pushed the lead out to 3-0.

Florida doubled its number of runs scored in the next inning to take a 6-1 lead in part to another RBI single by Kistler and a two-RBI triple by Longley.

Echols paced the offense in game one with four RBI thanks to an RBI single in the fourth inning, which was followed up by an RBI triple from Goddard, and a three-RBI double to clear the bases in the fifth inning to cap the scoring 12-2.

The Gators pushed across two more runs in the bottom of the first inning of the second half of action when speedster Falby and Wallace manufactured one in the first two at-bats. Falby notched in infield single, stole second and scored on an RBI single up the middle ripped by Wallace. Walsh drove in Wallace after she stole second with a two-out RBI single through the right side.

Pitchers Rylee Trlicek, Elizabeth Hightower, Samantha Bender and Olivia Gigante each saw action in the circle. Trlicek produced the most efficient outing of the staff with five strikeouts compared to one hit and one walk through 2 innings pitched. Hightower and Gigante each tallied 3 innings apiece, while Bender contributed 2 innings.