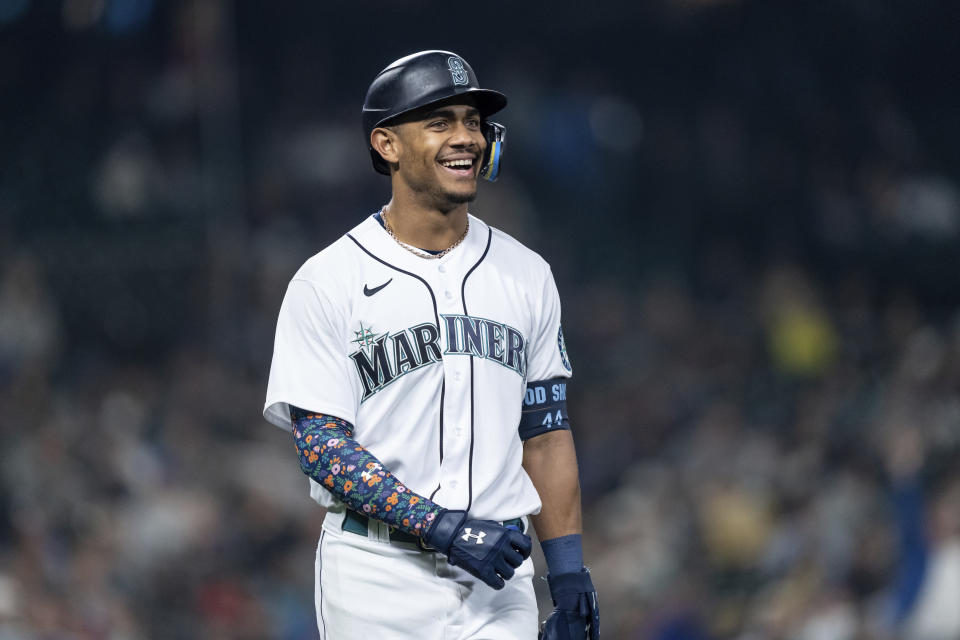 Baseball’s top rookies will get their shine Monday night, as MLB hands out the AL and NL Rookie of the Year awards. Over the past few seasons, the hardware has frequently been followed by financial commitment.

Teams are craving youth and excellence in combination. We’ve seen that in the form of major contract extensions — three of the six finalists for Monday’s awards have already signed deals with their teams — and huge trades.

There’s now a whole class of young stars who teams are investing in as franchise faces, and it’s a good day to take stock of those crucial players looking forward. For this ranking, we’re looking at the outlook for players who will be 27 or under in 2023, and are signed to a guaranteed deal — not simply under the usual banner of team control — that could last through at least 2025.

There are a dozen to rank now, which we will do while referencing, but not necessarily adhering to, FanGraphs’ recently released 2023 Steamer projections. And then, there are three more stars who seem like logical names to watch this winter as extension season heats up again.

No, newer is not always better. But in this case, the Mariners star heading for an AL Rookie of the Year nod on Monday night rises to the top of the list. His relative newness may actually be serving him — via a collective lack of imagination — since we haven’t seen many of his limitations, haven’t had serious health doubts crop up despite some minor injuries in 2022.

But his in-season progress tells a different story. At 21 years old, he opened eyes with his speed and center field defense, won over America in the Home Run Derby, then showed maturation from first half to second half. He cut his strikeout rate from 26.8% before the All-Star break to 23.9% afterward, a significant move (in more limited playing time) that helped him produce an MVP contender-level .303/.361/.576 line after the break as Seattle broke its playoff drought. If that J-Rod appears consistently going forward, he’s going to remain elite, even among the game’s elite.

It was an injury-interrupted season for the wunderkind shortstop after signing his 11-year extension with the Rays,…