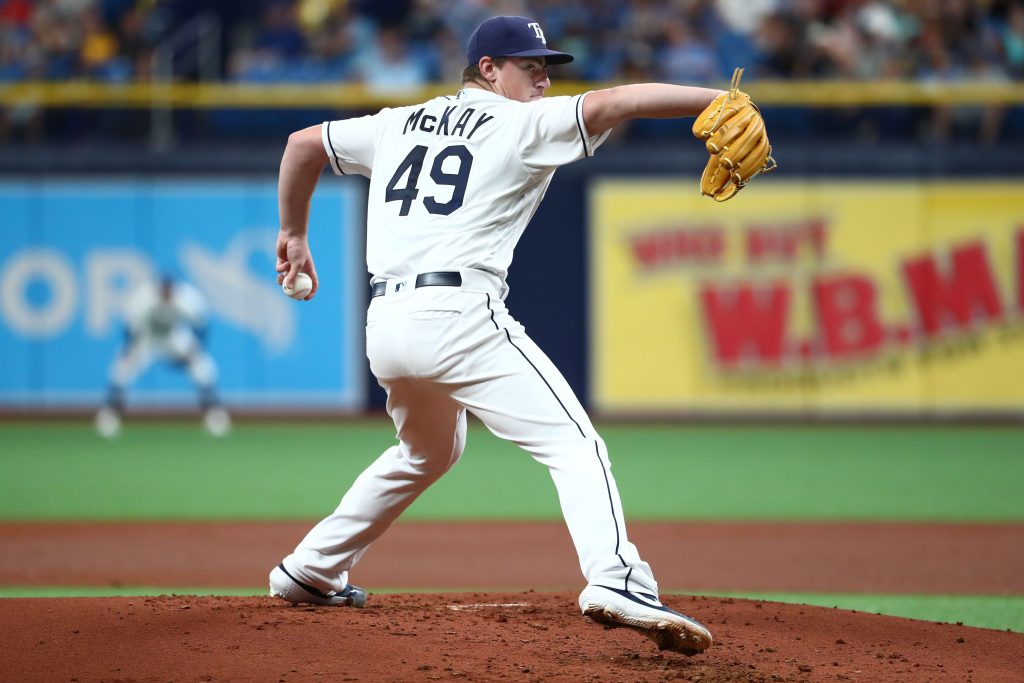 McKay has had an unfathomable stretch of injury luck that has sidetracked what looked to be a very promising career. A two-way superstar in college, McKay increasingly focused on pitching as a professional. An excellent strike-thrower, he moved quickly through the minor leagues and reached the majors by 2019. He started 11 of 13 games during his rookie season, showing promising strikeout and walk marks through 49 innings.

Unfortunately, he hasn’t been able to throw a single major league pitch in the three-plus years since then. He missed the shortened 2020 season on account of a shoulder problem that eventually required surgery. The rehab from that procedure kept him out of action until late June 2021. Just a few outings into a minor league rehab stint, McKay suffered a flexor strain in his forearm that again proved to be season-ending. He was then diagnosed with thoracic outlet syndrome and underwent surgery to correct that issue last November.

McKay spent most of 2022 on the injured list recovering from the TOS procedure. He set out on a rehab assignment in mid-July and spent his allotted 30-day window pitching back to Triple-A. The Rays then formally reinstated McKay from the IL but kept him in Durham on an optional assignment. A few days later, he suffered a UCL injury while pitching with the Bulls. Tampa Bay announced in September he’d require Tommy John surgery, an injury that’ll cost him the entire 2023 season.

The Rays successfully ran McKay through waivers last week, and he didn’t have the service time to refuse the outright assignment at that time. Tampa Bay could’ve kept him in the farm system, but the 26-year-old (27 next month) would’ve reached minor league free agency at the end of the 2023 campaign if not added back to the 40-man roster, as he’d have tallied parts of seven years on a minor league roster.

With McKay unable to pitch for the entirety of next year, there’s little incentive for Tampa Bay to keep him in the organization on his current deal. Topkin reports the Rays are hopeful of inking him to a new, multi-year minor league contract — which would extend their window of team control a season without necessitating a 40-man roster spot at the start of the 2023-24 offseason. However, McKay will have an opportunity to explore…