Red Sox are filling their rotation with question marks, and that’s worrying 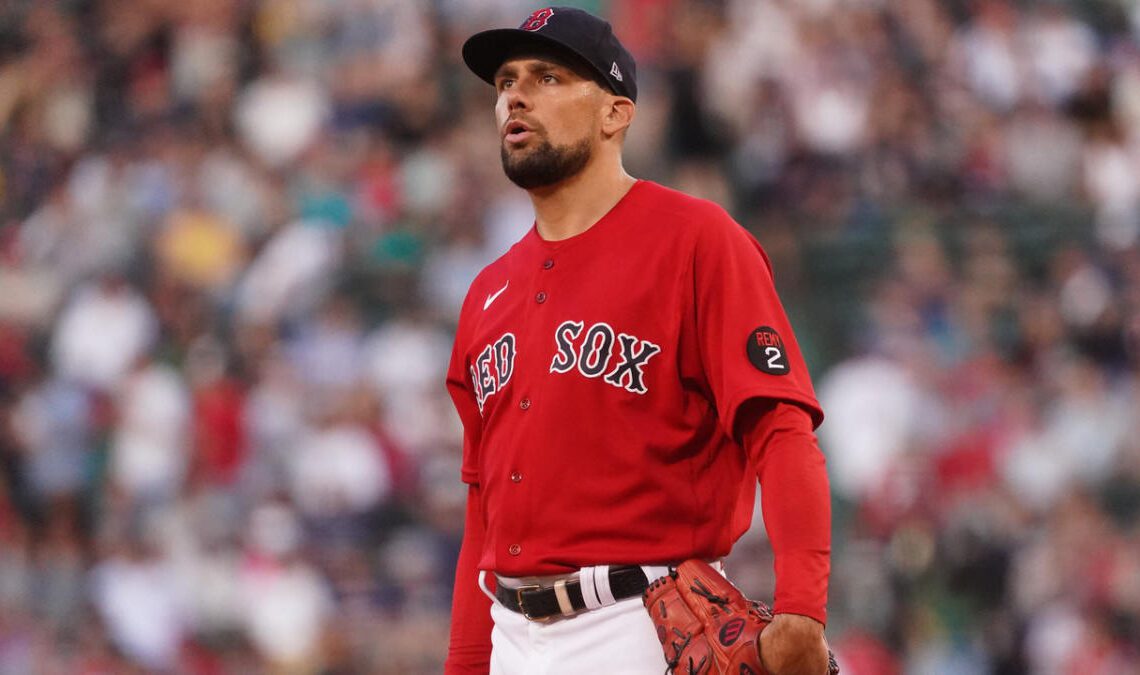 The Red Sox had best be planning to build one hell of a bullpen, because otherwise I’m having a hard time following their logic in the rotation.

On Thursday they made right-hander Nathan Eovaldi a qualifying offer, reportedly with an eye toward negotiating an extension. He joins a crowded staff that already includes Chris Sale, Nick Pivetta, Brayan Bello, Garrett Whitlock, James Paxton, and maybe Tanner Houck, with another handful of arms awaiting the call at Triple-A Worcester.

Depth is not an issue, but top-end talent sure is. If Sale were the perennial Cy Young candidate of five years ago or Eovaldi the All-Star of 2021, we’d be readily turning our attention to the roster’s many other needs. But they’re not. Sale has proven to be about as reliable as a flip phone, while Eovaldi saw his velocity dip 3 mph from April to September, thanks to a bum shoulder.

The Red Sox are stuck with Sale, since he opted in to the final two years of his $145 million contract. Eovaldi is a different story. Approaching his 33rd birthday with a host of injuries already on his resume, he looked like the perfect move-on candidate.

Instead, he has 10 days from receiving the qualifying offer either to accept it for one year and $19.65 million, or reject it and enter free agency, where he’ll cost his signing club a draft pick. All signs point to Eovaldi returning next year.

That means there’s nothing even remotely resembling a sure thing in the rotation. Pivetta is a fourth or fifth starter and could be trade bait, Whitlock didn’t look nearly as dynamic starting last year as he has relieving (and that was before undergoing hip surgery), Paxton has barely thrown a pitch in two years, and Houck (back surgery) may be better suited to the bullpen. The highest-upside arm probably belongs to Bello, and he’s entering his first full season. The development of young pitchers isn’t always linear.

So who takes the ball on opening day? Giving Eovaldi $20 million probably takes the Red Sox out of the market for a top-end starter like Giants lefty Carlos Rodon or Mets Cy Young Award winner Jacob deGrom, which means to some degree the rotation will be built on hope.

The Red Sox been linked with Dodgers left-hander Tyler Anderson, who received a qualifying offer and would cost them compensatory picks, as well as…