Where Giants stand with Luis Matos, prospects ahead of Rule 5 deadline 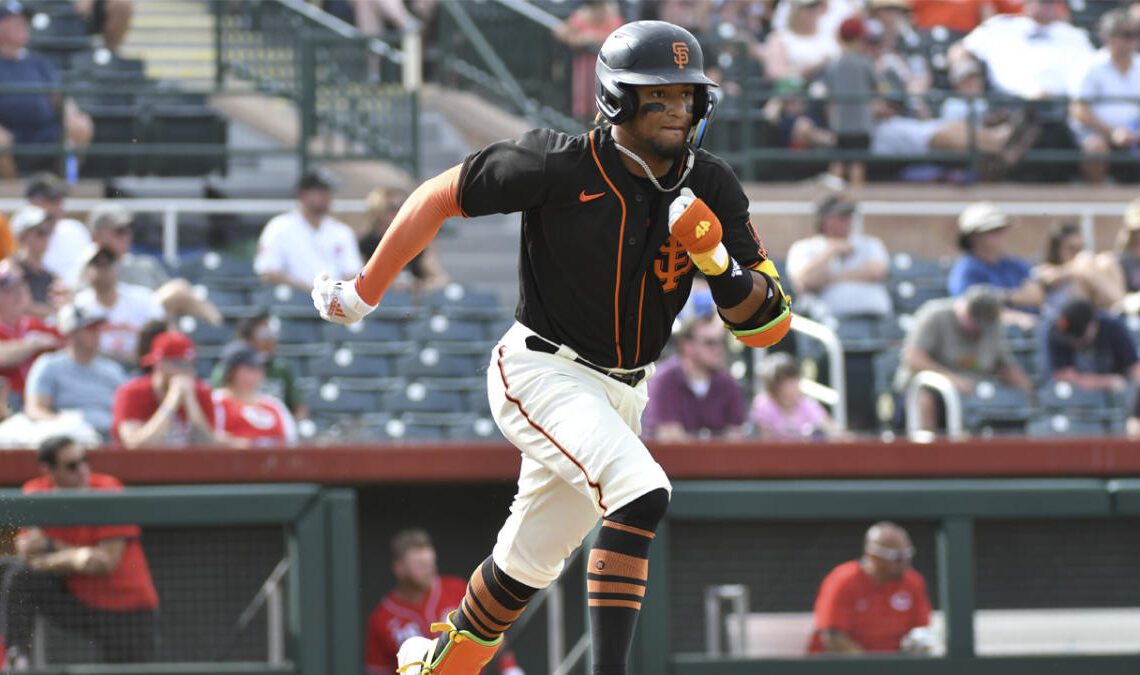 Where Giants stand with Matos, prospects ahead of Rule 5 draft originally appeared on NBC Sports Bayarea

SAN FRANCISCO — When Alexander Canario was the big piece headed back to Chicago in the Kris Bryant trade, it wasn’t a surprise. The Giants liked Canario but he was taking up a 40-man roster spot while playing in A-ball, the result of the rules for protecting players from the annual Rule 5 Draft.

Two years later, the Giants are in a similar spot. They must add prospects to their 40-man roster by Tuesday afternoon in order to protect them ahead of the Rule 5 Draft (held Dec. 7 in San Diego), but most of their potential additions are years from the big leagues. At the GM Meetings last week, Farhan Zaidi said this year’s decisions will be tough ones.

Zaidi said the Giants want to be protective of “high-end talent,” but added, “it’s always a challenge having guys on the 40 who are in A-ball or Double-A.”

The Giants have a lot of well-known prospects in that situation this year. The Rule 5 Draft was cancelled last year because of the lockout, but this season teams will have to protect college players from the 2019 draft and international and high school signings from 2018 or earlier. For the Giants, that includes some big names.

Top prospect Marco Luciano headlined that 2018 international class and is an easy call, but the group also includes Luis Matos, Jairo Pomares and others. Matos had a down year in High-A but is the organization’s top outfield prospect and he was just named Defensive Player of the Year in the Arizona Fall League.

Teams that take players in the Rule 5 Draft have to put them on the big league roster, which Matos isn’t close to ready for, but given his talent, center field ability and speed, he could be an intriguing addition for someone. Since he’s their top outfield prospect, it seems likely the Giants will protect Matos, even if the risk of him sticking elsewhere is small. He is, as Zaidi said, a great example of “high-end talent.”

Matos is also an example of how the process may be flawed. In answering a question about his Rule 5 decisions, Zaidi pivoted, pointing out that it’s unfair to international players. Matos is only 20, Luciano is 21, and Pomares is 22, but the Giants already must make decisions about whether to add them to the 40-man.

“I don’t know what the solution is, but it’s particularly challenging with international players,” Zaidi said. “I’m not sure that we (as an industry) have sort of configured their…