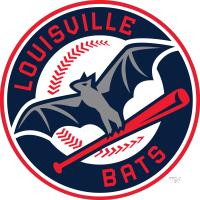 From walk-off home runs and hitting for the cycle to setting a new franchise record in strikeouts and giving up the most home runs in the Louisville Slugger Field Era, the Louisville Bats faced it all in 2022. The following video, narrated by Director of Broadcasting Nick Curran, wraps up the season with some of its most memorable calls and moments. Additionally, a full, in-depth review of the season can be found below the video.

2022 REVIEW:The Louisville Bats finished the 2022 season with a 60-90 (.400) record, 31.5 games behind the International League West Division winner Nashville Sounds. 2022 marked the team’s 10th straight losing season, extending the franchise record. The Bats finished both the home and road portions of the season with a 30-45 record. The 60 wins marks a five-win increase from 2021, though the Bats played 22 additional games in 2022.

ATTENDANCE HIGHLIGHTS:The Louisville Bats welcomed 424,035 fans through the Louisville Slugger Field gates in 2022 for an average of 5,730 per game with a season-high of 13,050 fans coming out for Thunder Over Louisville on 4/23. The attendance total was a drastic improvement over the COVID stricken 2021 total of 269,242 and was almost on par with the pre-COVID totals of 2019 when the Bats brought in 485,356 fans.

HOW MANY BATS WERE THERE:The Louisville Bats had a franchise record 94 different players suit up for the team this season. The new record surpasses the previous mark of 79 different players, set during the 2021 season. Additionally, the Bats made a whopping 293 total transactions on the year [April – 40, May – 60, June – 51, July – 34, August – 52, September – 51] after making 179 roster moves last season.

BATS/REDS CONNECTION:I-71 was wide open between Louisville and Cincinnati this season as 52 players suited up for both the Bats and the Reds this season, with 27 being position players and 25 being pitchers, after just 35 appeared with both teams in 2021. Additionally, of the 52 who spent time with both clubs this year, seven made their Major League Debut in Daniel Duarte (4/8), Mark Kolozsvary (4/20), Graham Ashcraft (5/22), Chris Okey (6/10), Chuckie Robinson (8/24), Fernando Cruz (9/2), Spencer Steer (9/2) and Michael Siani (9/22).

TOP PROSPECTS:The Louisville Bats saw a wealth of talent flow through the team during the 2022 season. Nine of the Cincin-nati’s Top 30 Prospects (according to MLB Pipeline)…