Anthony Rizzo back in New York on two-year deal 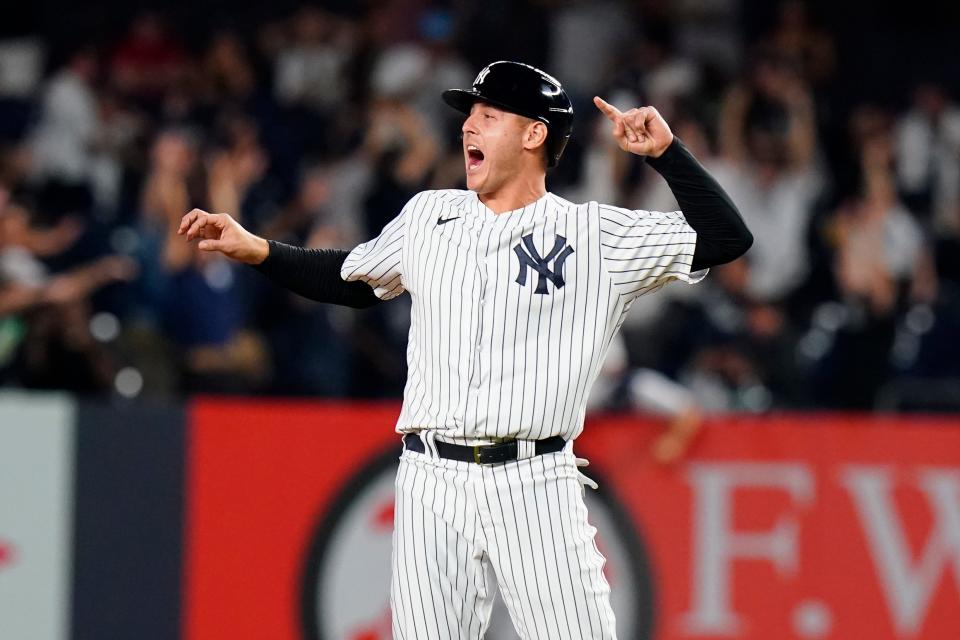 NEW YORK — As a way to solidify their 2023 club and to help win back Aaron Judge, a Yankees reunion with Anthony Rizzo was an early high priority this offseason.

On Tuesday, both sides were in agreement on a new deal.

A free agent after opting out of the final season a two-year, $32 million contract, Rizzo had just rejected the Yankees’ $19.65 million MLB qualifying offer before reaching a new pact to remain at Yankee Stadium.

In addition to being one of the top first basemen in the league defensively, the 33-year-old Rizzo also provided the Yankees with crucial power from the left side of the plate. Hitting next to Judge for most of the season, Rizzo hit 32 homers last season with a .338 on-base percentage.

Speaking earlier at MLB’s offices, Yankees managing general partner Hal Steinbrenner — in Manhattan for the quarterly owners meetings — expressed again his intention of making Judge a Yankee for life while improving the team around him.

Steinbrenner has had “two or three’’ recent conversations with Judge, including a single one-on-one discussion.

“I wanted him to know how I felt…in case there was any ambiguity,’’ Steinbrenner said of keeping Judge in pinstripes for the rest of his career.

In their conversation, Steinbrenner told Judge that “we have plenty of ability to make this (your contract) happen and still have money to make other things happen, too.’’

Asked about his payroll parameters for 2023, Steinbrenner said: “Honestly, my budget for Judge is going to be what it’s going to be – what I feel we can do.

Steinbrenner added that his budget is “not limitless,” but “in my opinion, we’re going to be able to sign Aaron. That’s not going to stop me from signing other people.

“Some guys are going to come off the board sooner than others and if it’s somebody we need or feel we need, I’ve got to make the…