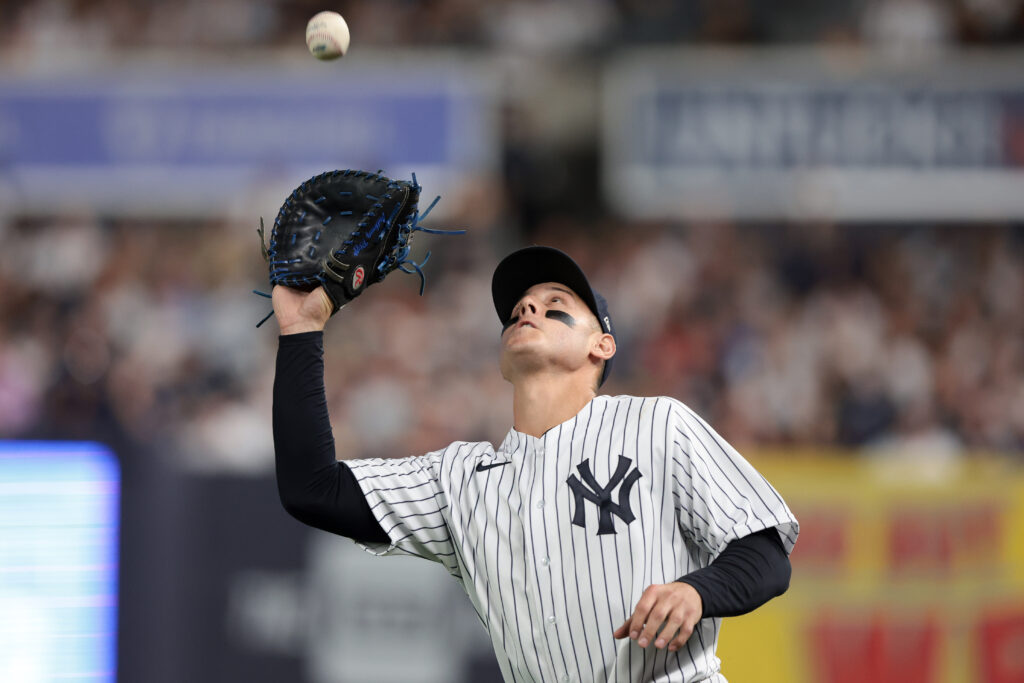 The defending World Series champions head into the offseason without many holes on the roster, but first base is a notable exception. The Astros got just a .235/.285/.371 showing from the bat-first position this past season, and they’ve seen both Yuli Gurriel and Trey Mancini hit the open market.

With J.J. Matijevic and Yainer Díaz standing as the primary in-house options at the start of the offseason, the Astros are virtually certain to add first base help in some capacity. Ken Rosenthal of the Athletic reports Houston has set its sights on Anthony Rizzo as its top free agent target at the position. Rosenthal writes they’ve also expressed some interest in José Abreu and Gurriel as potential fallbacks.

Rizzo is back on the free agent market for the second straight offseason, although he’s facing a key decision in the first few days this time around. The Yankees tagged the left-handed hitter with a qualifying offer last week, just days after Rizzo declined a $16MM player option. Rizzo and his representatives at Sports One Athlete Management have until tomorrow at 4:00 pm EST to decide whether to accept that $19.65MM offer from New York or to turn it down — presumably in search of a multi-year pact.

Of course, the Yankees are among the most direct competitors to the Astros atop the American League. Houston and New York were top two in the Junior Circuit in regular season record and met in the AL Championship Series this year. The Astros handily controlled the Yankees in the postseason, but Rosenthal suggests the opportunity to poach a key bat from New York would be an added bonus for Houston as they try to remain atop the perch.

Doing so would require forfeiting a draft choice, as Rizzo would have to reject the Yankees’ QO to sign with Houston. The Astros neither paid the luxury tax nor received revenue sharing payments this year, so they’d be stripped of their second-highest pick in the 2023 draft and $500K in international signing bonus space to sign a qualified free agent. The Yankees would receive a compensatory pick if Rizzo signed elsewhere, but that selection would only come after the fourth round since New York did surpass the CBT threshold this year.

It seems far likelier the Yankees would prefer to see Rizzo stick around for another season than to collect that modest compensation, although it remains to be seen whether the first baseman’s camp will feel he could top the terms of the qualifying offer. Rizzo signed a…