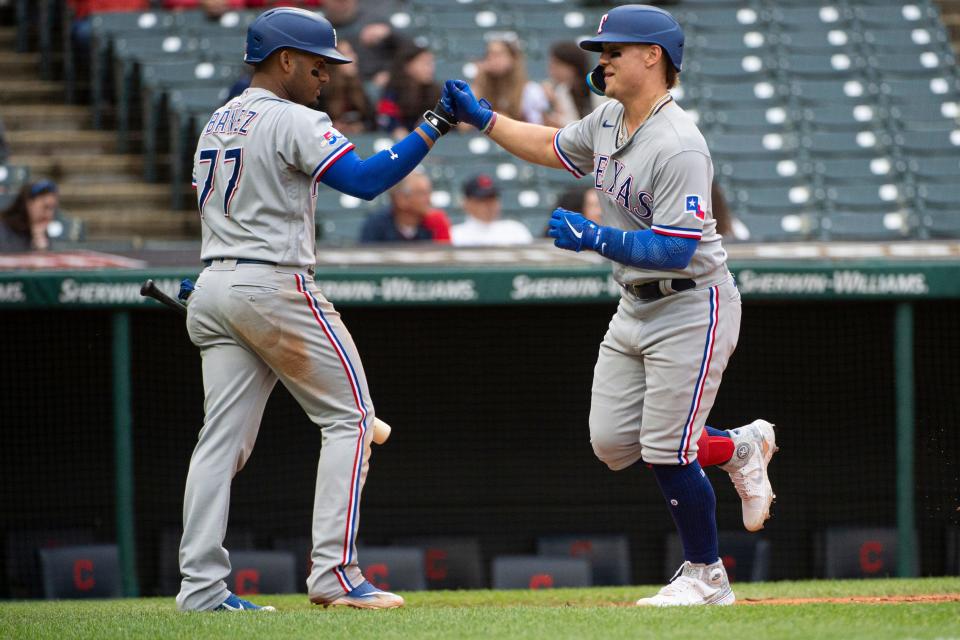 The Tigers acquired outfielder Steele Walker — the No. 46 overall pick in the 2018 draft — from the Giants for cash considerations, the team announced Tuesday. Walker made his MLB debut in June 2022 with the Texas Rangers.

The 26-year-old, a left-handed hitter, projects as organizational depth with upside.

Walker played five games for the Rangers last season, going 1-for-14 with two walks and four strikeouts. He notched his first hit — a solo home run off Cleveland Guardians starter Cal Quantrill — in the second game of his career.

The Rangers acquired Walker in December 2019 as the return piece in a trade with the Chicago White Sox. The White Sox received outfielder Nomar Mazara, who later played 50 games for the Tigers in 2021.

The White Sox drafted Walker out of the University of Oklahoma.

In August 2022, the Giants claimed Walker off waivers from the Rangers. At the time, Harris was serving as San Francisco’s general manager under Zaidi. Harris joined the Tigers in September and took control of day-to-day operations in October.

Last season, Walker played 75 games at the Triple-A level for Round Rock in the Rangers’ organization (50 games) and Sacramento in the Giants’ organization (25 games). He hit .268 with nine home runs, 24 walks and 51 strikeouts, posting a .333 on-base percentage.

Walker has played all three outfield positions as a pro but has recently settled in as a corner outfielder. He started three games in left field and one game in right for the Rangers in 2022.