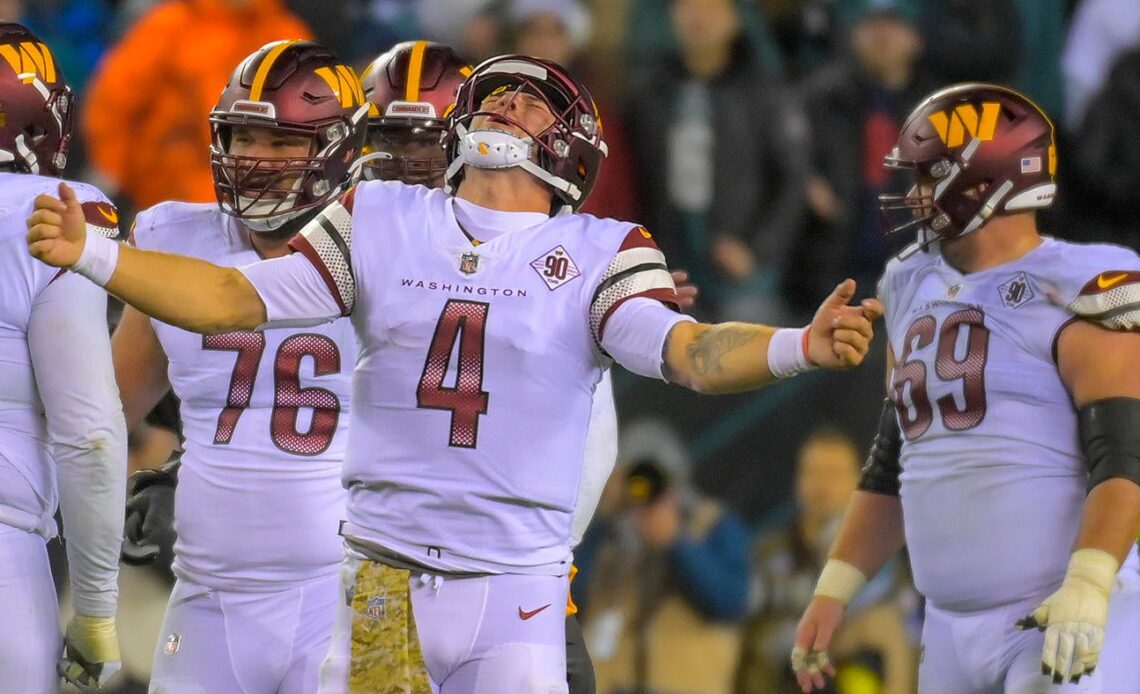 Pop the champagne, 1972 Dolphins. Your status as the only undefeated team in NFL history will last at least another year. The Commanders went to Philadelphia last night and topped the previously unbeaten Eagles, 32-21, in controversial and stunning fashion.

There was plenty of controversy to go around, too. The Commanders’ third turnover forced — a fumble by Dallas Goedert recovered by Jamin Davis — showed a clear facemask by Davis just before the ball came loose. Then, late in the game, Taylor Heinicke took a knee to run down the clock, but Brandon Graham crashed into him, drawing a personal foul penalty that essentially sealed the game. There was also a questionable-at-best offensive pass interference called on the Commanders. Let’s just say it wasn’t the best refereeing ever.

But give Washington a ton of credit. They had a game plan to control the game on the ground. When they had to go to the air, Terry McLaurin came up big with eight catches for 128 yards. Joey Slye nailed four field goals, including two from 55-plus. The defense limited Hurts’ rushing with a disciplined effort by the defensive line. Basically, exactly what our Tom Fornelli wrote would happen in Monday afternoon’s newsletter.

Washington has sneakily won four of five after starting 1-4. It’s rarely pretty, but it was absolutely effective — and shocking — on Monday night. Taylor Heinicke has things trending in the right direction, yes, but the entire team has stepped up around him as well, and it brought head coach Ron Riveran — who just lost his mother — to tears after the game. The Commanders earned an A+ in our weekly grades.