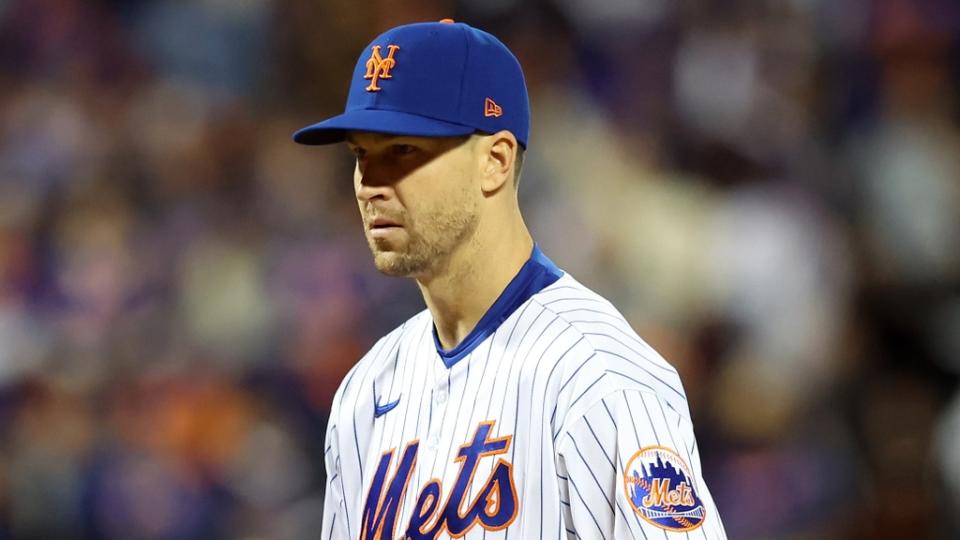 Jacob deGrom, Brandon Nimmo, and Chris Bassitt have all rejected the one-year, qualifying offer that was extended to them by the Mets last week.

Had any of them accepted, they would’ve returned to the Mets for the 2023 season and been paid $19.65 million.

If deGrom, Nimmo, and/or Bassitt sign elsewhere this offseason, the Mets will receive draft pick compensation.

However, because the Mets exceeded the luxury tax in 2022, their compensatory pick(s) will be after the fourth round of the 2023 MLB Draft instead of after competitive balance round B or the first round.

DeGrom, who opted out of the final two years of his contract after the World Series, was always going to hit free agency, so his rejecting the QO was a formality.

The same goes for Nimmo, who is represented by Scott Boras and will be seeking a large multiyear payday.

While deGrom opted out and then rejected the QO, the Mets remain in contact with his camp with the hope of re-signing him, SNY’s Andy Martino reported on Tuesday. The Mets also remain interested in retaining Nimmo.

The only tiny bit of mystery as it pertained to the QO revolved around Bassitt, but he is expected to seek a multiyear deal that could pay him around the average annual value he would’ve received had he accepted the QO.