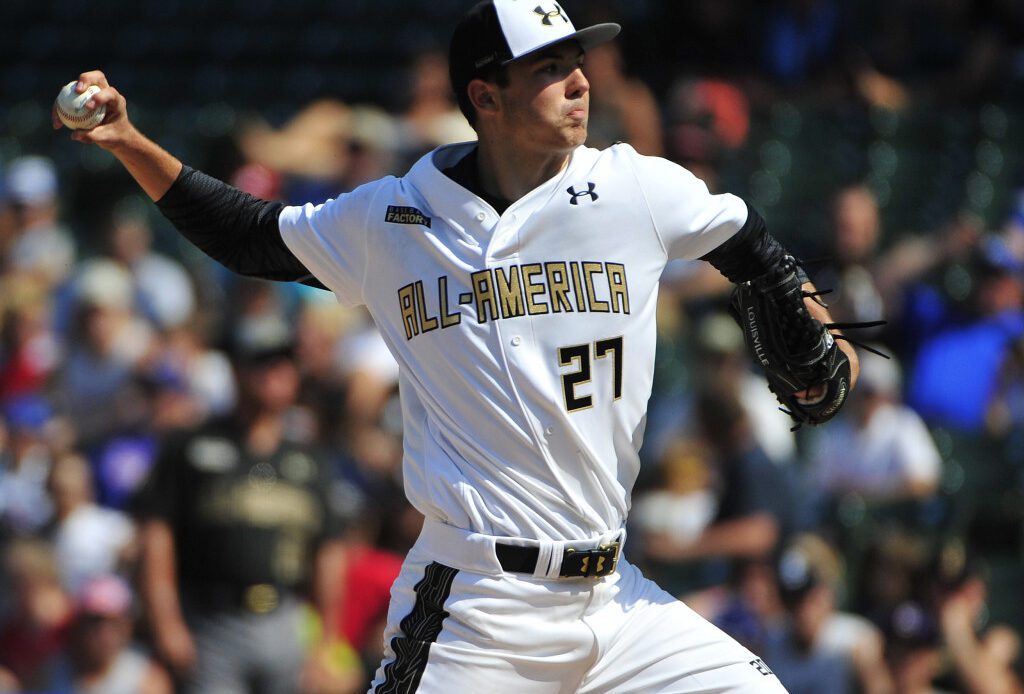 The Rockies announced that they have selected five players to their roster in advance of today’s Rule 5 deadline. They are right-handers Riley Pint and Blair Calvo, infielders Warming Bernabel and Julio Carreras, as well as outfielder Brenton Doyle.

Pint has pitched his way onto the 40-man roster for the first time. That was long the expectation after Colorado selected him fourth overall out of a Kansas high school back in 2016, but he’s traversed an unexpectedly challenging path. Pint struggled significantly with his strike-throwing in the lower levels of the minor leagues, and he decided to step away from the game entirely for a point last year. The 6’5″ hurler returned in 2022, splitting the season between Double-A Hartford and Triple-A Albuquerque.

Now 25, Pint spent the bulk of the season in Hartford, working to a 4.64 ERA in 42 2/3 innings out of the bullpen. He punched out a very strong 29.6% of opponents, although his 15.6% walk percentage remains alarming. The Rockies were nevertheless impressed enough with his form to foreclose any possibility of losing him in the Rule 5 draft. He could factor into the big league bullpen mix next year.

Calvo was a 23rd-round draftee in 2019 out of a Florida junior college. He worked 35 innings through 29 relief appearances in Hartford, working to a 3.09 ERA. Calvo struck out an excellent 32.2% of opponents, induced ground-balls at a massive 57.6% clip and only walked 7.5% of opponents. Calvo turns 27 before Opening Day and could join Pint in factoring into the MLB bullpen mix in 2023.

Bernabel, the #13 prospect in the organization according to Baseball America, was an amateur signee out of the Dominican Republic before the 2019 season. A right-handed hitting third baseman, he’s shown excellent bat-to-ball skills in the low minors. The 20-year-old posted a .317/.390/.504 line with 10 home runs and 21 stolen bases in 300 plate appearances with Low-A Fresno. He’s still likely a couple years from big league readiness, having just briefly reached High-A, but his rapidly improving prospect status gets him a 40-man spot early.