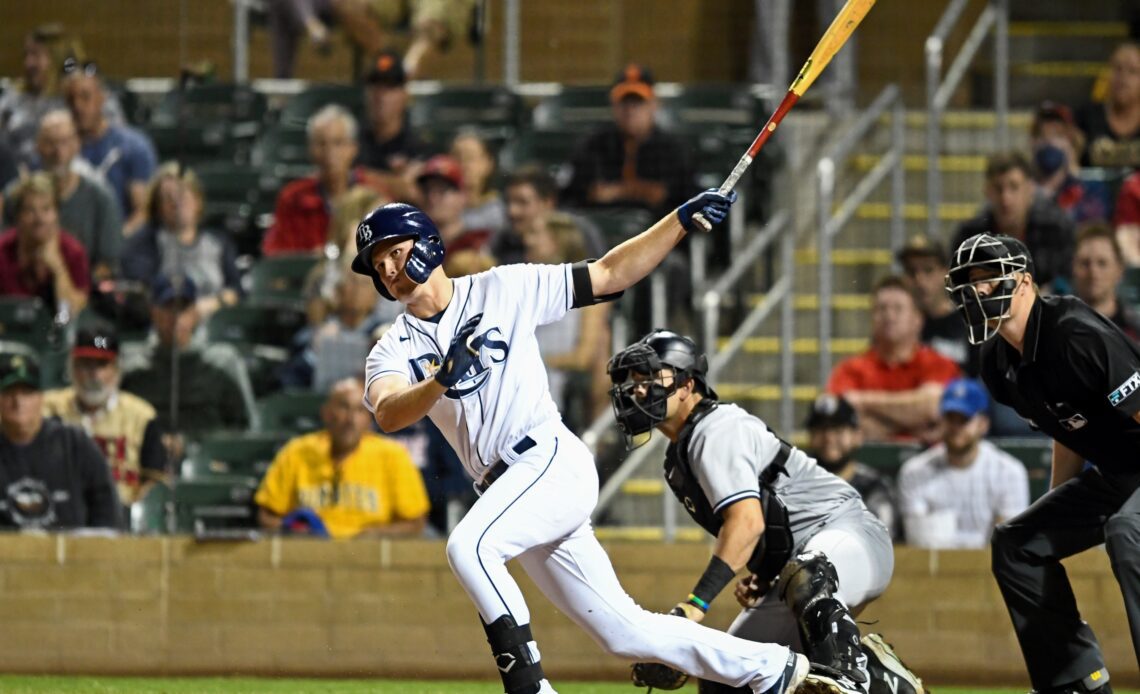 Throughout the day we’ll have up to the minute reactions to the names added prior to today’s 6 p.m. ET deadline.

Heading into the deadline no team faces the crunch that the Rays do. With a full 40-man roster and nine Top 30 Prospects eligible to be added, the Rays are likely to make a flurry of moves ahead of the deadline. The victim of their own success, the Rays have faced similar roster crunches in recent years, often trading older prospects with forthcoming protection decisions for younger prospects years away from eligibility.

In one of those trades, at the 2019 roster-protection deadline the Rays dealt soon-to-be Rule 5-eligible righthander Cristopher Sanchez to the Phillies for an Australian second baseman who’d yet to play anywhere other than the Rookie-level Gulf Coast League.

Now three years later, Curtis Mead, that Australian third baseman, is a Top 100 Prospect, and he is one of the players the Rays have to find room for on a crowded 40-man roster.

Among those nine Top 30 Prospects, two—Taj Bradley and Mead—are Top 100 prospects. While Bradley and Mead are slam dunk adds the remaining seven could all potentially be appealing to a club with space to fill on the 40-man roster and an opening on the active roster. Among those players all but Heriberto Hernandez have experience at the Double-A level or higher.

That group includes Xavier Edwards and Brett Wisely, two players with multiple years of upper-minors experience and defined roles. While there’s a dichotomy between the two players’ skill sets, each is a bat-first second baseman with a hit tool-driven offensive game. While Wisely may not have the pedigree of Edwards, he has proven to be the superior offensive player in recent seasons. Each could fit as a bat-first utility player or platoon option at second base for the right team.

Beyond this group there’s a number of notable players outside the Rays Top 30 who find themselves eligible for the first time. While the Tampa organization will do its…