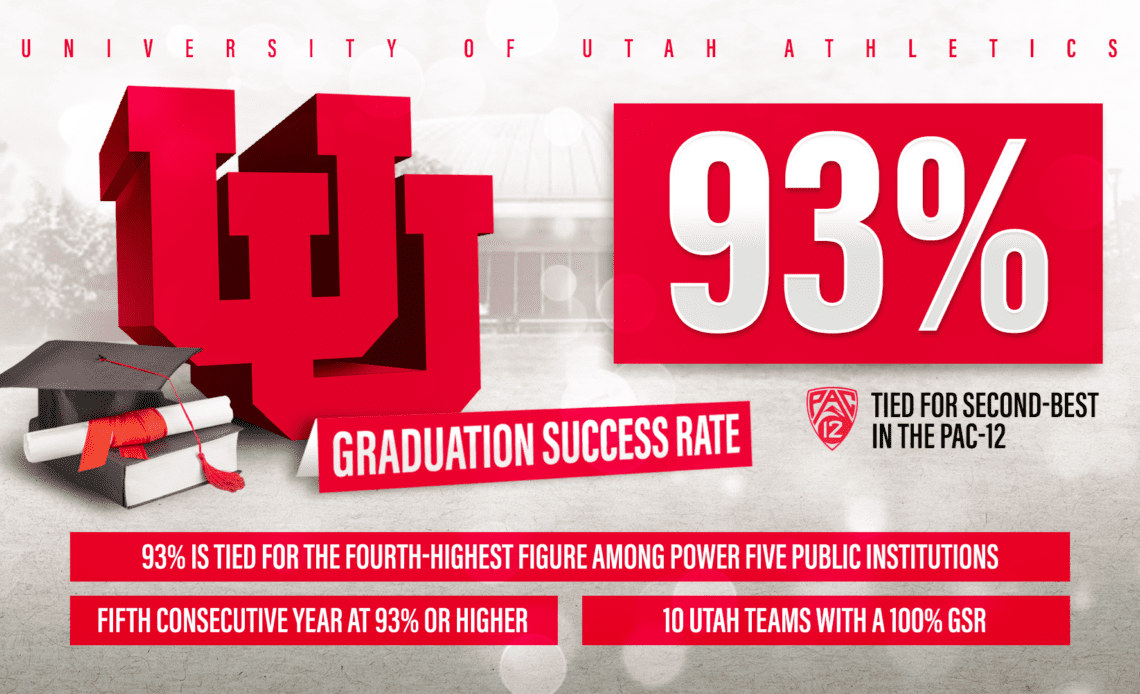 
SALT LAKE CITY – Ninety-three percent of student-athletes at the University of Utah graduated within six years of enrolling, according to the latest NCAA Graduation Success Rate (GRS) released today. This marks the fifth consecutive year that Utah’s score has met or exceeded the 93-percent benchmark.

“We are incredibly proud of our student-athletes for maintaining academic excellence and earning degrees at a rate that ranks among the highest in the country,” said Utah Athletics Director Mark Harlan. “I also want to thank our coaches and staff for continuing to identify the best and brightest in the recruiting process and placing a high priority on academic success for their student-athletes. We are grateful for the tremendous work of our academic services department, and the relationships with our campus partners who play such a strong role in ensuring academic success for our students.”

Other notes of significance: