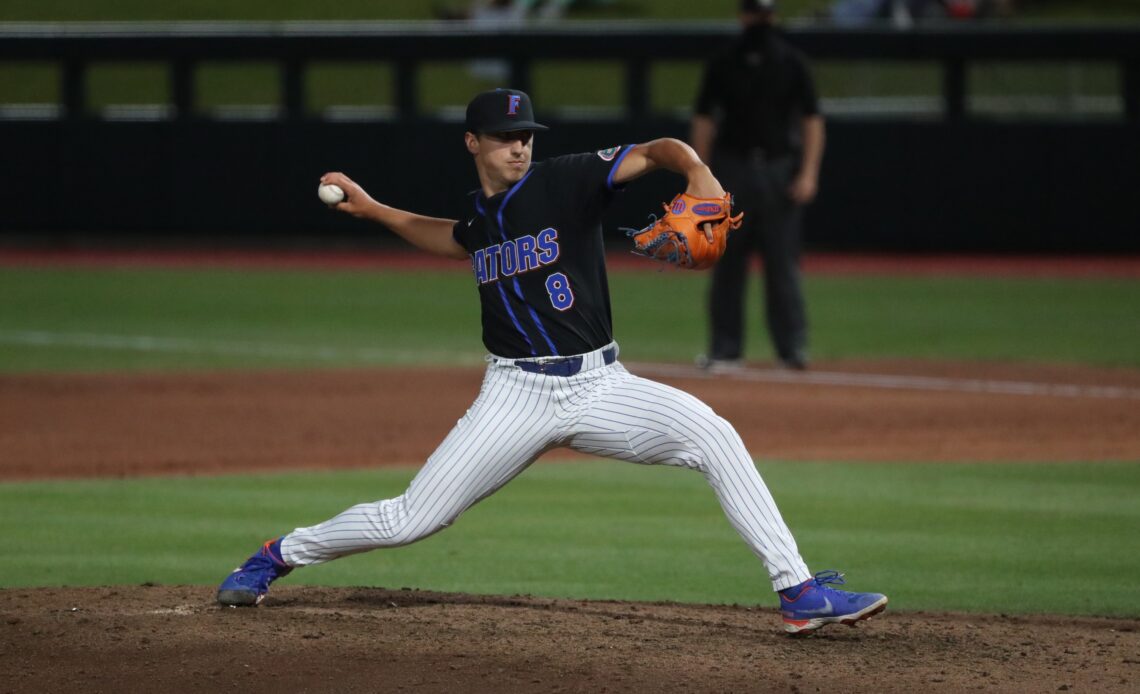 Today we updated our 2023 draft top 100 in an attempt to capture movement from the fall.

While the summer is a much more frenetic and fast-paced evaluation period for the draft, each year there are still a few more events and plenty of insights to gather from fall ball on college campuses that prove interesting. It also never hurts to continue refining our rankings at this point and double-checking for players we might be too high or too light on.

Below are 10 notable risers from the latest update—featuring a heavy college flavor in what is shaping up to be an excellent college class.

Langford’s offensive track record stacks up well with the best hitters in the class after matching Matt LaPorta’s single-season Florida record for homers (26) during the 2022 season. That home run total was the best in the SEC, to go along with a .356/.447/.719 slash line. The bat is the calling card but his defensive profile could be moving up the spectrum. In 2022, Langford played left field with Jud Fabian handling center field duties, but scouts have seen Langford running better this fall. He has looked like a plus runner and has turned in some 70-grade run times, and if that sticks and helps him translate to a legitimate center field profile in 2023 he’d have a well-rounded profile to get excited about.

This 2023 Louisiana State team is one of the most anticipated and talented teams we’ve seen in years. Skenes is one of the many reasons for that, and the reviews of his fall performance are excellent. On the mound he’s been pitching in the 94-99 mph range with great movement on two secondaries that could be above-average, while also showing above-average control. If that wasn’t enough for a hulking, 6-foot-6, 235-pound pitcher, he’s also continued to show real two-way ability with standout in-game power.

Emerson has simply continued to produce and perform at all of the events he’s been at. He went 8-for-13 in Jupiter and has shown a polished lefthanded bat as well as great contact and chase rates. Emerson also impressed scouts with his defensive ability at shortstop during the fall and joins a group of prep shortstops currently in the late first/early second range, including Roch Cholowsky, Colin Houck, Antonio…