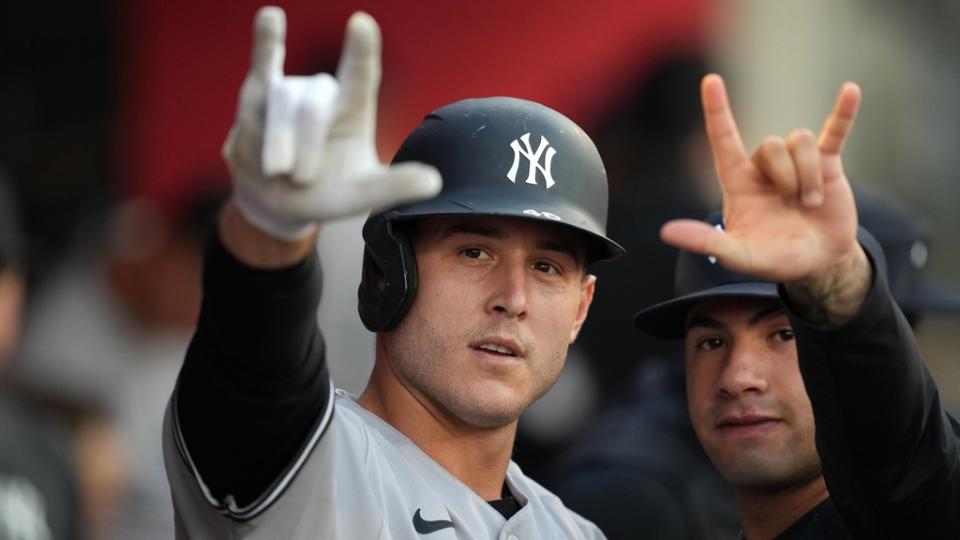 Anthony Rizzo is returning to the Yankees next season and beyond, and it seems his time in the Bronx is the reason for re-signing.

“The main reason I wanted to come back is because I love being a Yankee,” Rizzo told reporters Wednesday, a day after signing a new contract with New York.

Since being acquired from the Chicago Cubs in a trade mid-season in 2021, the 33-year-old has become a fixture in New York’s lineup and has had success playing in the American League.

In his year-and-a-half in pinstripes, Rizzo has hit .230 with 40 home runs and 96 RBI. This past season, Rizzo hit 32 home runs and 75 RBI while providing invaluable protection for Aaron Judge in the team’s lineup.

All those factors led to the Yankees re-signing Rizzo to a two-year, $34 million deal with a club option for a third just after the first baseman rejected the team’s qualifying offer. It’s the Yankees’ first big move in what is shaping up to be an important offseason for New York.

Headlined by the free agency of Judge, the Yankees hope they can agree on a new deal to bring back one of the most recognizable faces in baseball.

“He’s in the driver’s seat. This is a position that not too many guys get to be in with the historic season,” Rizzo said of Judge testing free agency. “I think he’s going to enjoy this process to hear what teams have to say. He’s earned this.”

Rizzo said that Judge called to congratulate him on the new deal. And while that doesn’t give any insight into what the slugger is thinking in terms of returning to the Bronx or not, Rizzo hopes it does mean he’ll be playing alongside him again this season.

“I hope Judge stays, just for the sake of the game because you see a lot of franchise icons not getting what they deserve [from] the team they have done so much for,” Rizzo said.

Judge hit an American League record 62 home runs this past season and is the presumptive AL MVP. After such a season in pinstripes, the Yankees are determined to bring Judge back despite the enormous contract heading his way, Hal Steinbrenner said as much, but with the offseason just beginning it could be some time before the baseball world knows where No. 99 will play.