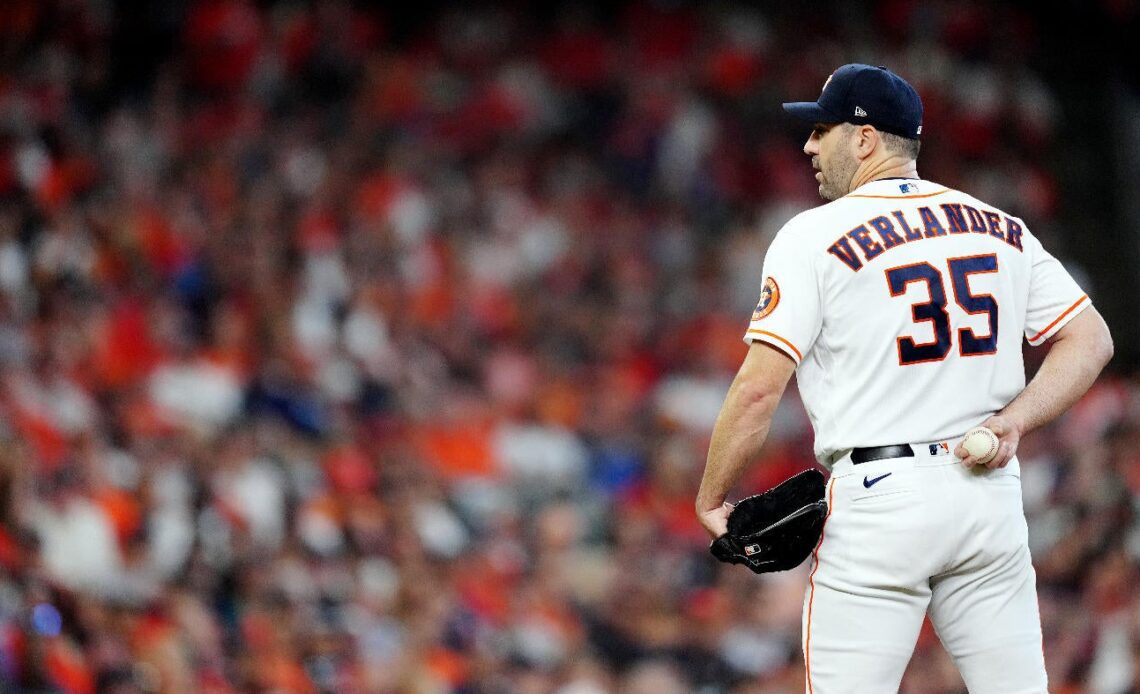 Justin Verlander has more hardware for his trophy case. Less than two weeks after winning his second World Series ring, Verlander won his third career Cy Young award Wednesday night, and he won it unanimously. Verlander missed 2021 while rehabbing from Tommy John surgery and is the first pitcher ever to win the Cy Young a year after throwing zero innings.

“I think (you) appreciate everything more at the back third or quarter of your career,” Verlander said during MLB Network’s Cy Young broadcast. “Just everything that led up to this. When you’re young and things just go your way, you don’t understand what it takes to make things go your way. All of a sudden, things go in the opposite direction. That happened to me a couple times in my career, and it makes you appreciate things more, because you know how much hard work goes on to get to this point.”

At this point Verlander’s Hall of Fame case is cemented. He could retire tomorrow and still cruise into Cooperstown on the first ballot. Among pitchers who played the entirety of their careers in the 21st century, only Zack Greinke, Clayton Kershaw, and Max Scherzer compare to Verlander (the late Roy Halladay debuted in 1998).

The role of the starting pitcher has changed a lot in a short period of time. Just looking at Verlander’s career, 45 pitchers threw 200 innings in 2006, his rookie season. Only eight — eight! — did it in 2022. The game is much more bullpen-centric now, and Verlander, even at age 39 and coming off Tommy John surgery, is a throwback. He finished 34th in innings pitched this season.

No pitcher has made 40 starts in a season since Charlie Hough in 1987 and he’s an outlier as a rubber-armed knuckleballer. Before Hough, the last pitcher to make 40 starts was Jim Clancy in 1982. Before Clancy it was Phil Niekro (another knuckleballer) in 1979. The last season with multiple 40-start pitchers was 1978, when Niekro, Mike Flanagan and Dennis Leonard all did it.

Five-man rotations began to take hold in the 1970s and 40-start pitchers began to fade away. If we consider 1982, the year after the players’ strike…