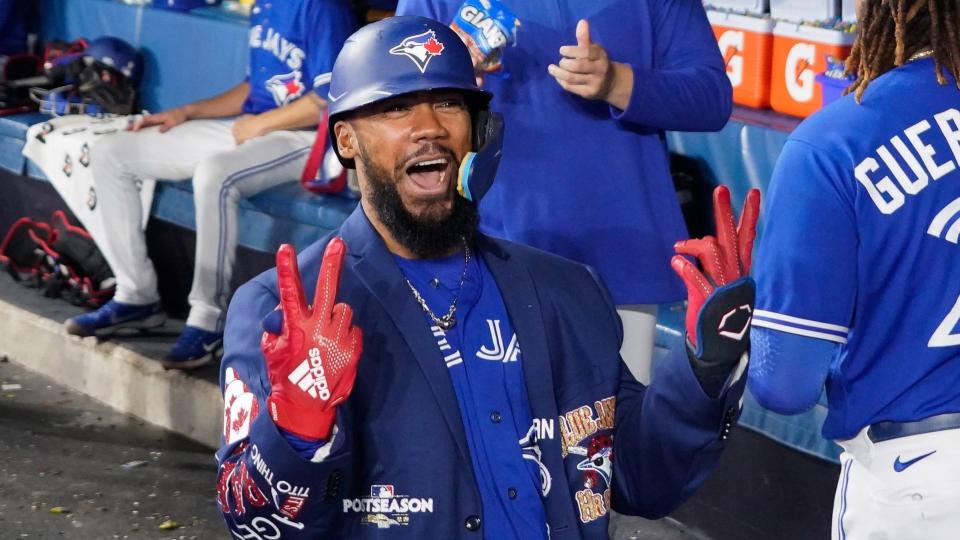 SEATTLE — The Seattle Mariners made one of the first big moves of the offseason by acquiring outfielder Teoscar Hernandez from the Toronto Blue Jays in exchange for two pitchers.

Fresh off the team’s first playoff appearance in more than two decades, the Mariners added a slugging right-handed bat to their lineup with the acquisition of Hernandez and addressed one of their offseason needs by finding a corner outfielder.

Hernandez hit .267 with 25 home runs and 77 RBIs in 131 games last season for the Blue Jays and joined Mookie Betts as the only outfielders in baseball with at least 35 doubles and 25 homers. Hernandez was an All-Star starter in 2021 and finished that season hitting .296 with 32 homers and 116 RBIs for Toronto.

He’ll immediately slot into the middle of Seattle’s batting order and could end up being a replacement in right field for Mitch Haniger, who is a free agent.

Right-handed reliever Erik Swanson and minor-league lefty Adam Macko are going back to Toronto. The Blue Jays were looking to clear salary for 2023 and also needed bullpen help with swing-and-miss stuff which Swanson will provide.

For now, Hernandez is a one-year acquisition by Seattle as he’s entering his final season of being arbitration eligible before hitting free agency after the 2023 season.

“We began our offseason with the intent to add impact and length to our lineup,” said Jerry Dipoto, Mariners president of baseball operations. “In adding Teoscar to an already solid foundation, we feel we’ve become a far more dangerous offensive club.”