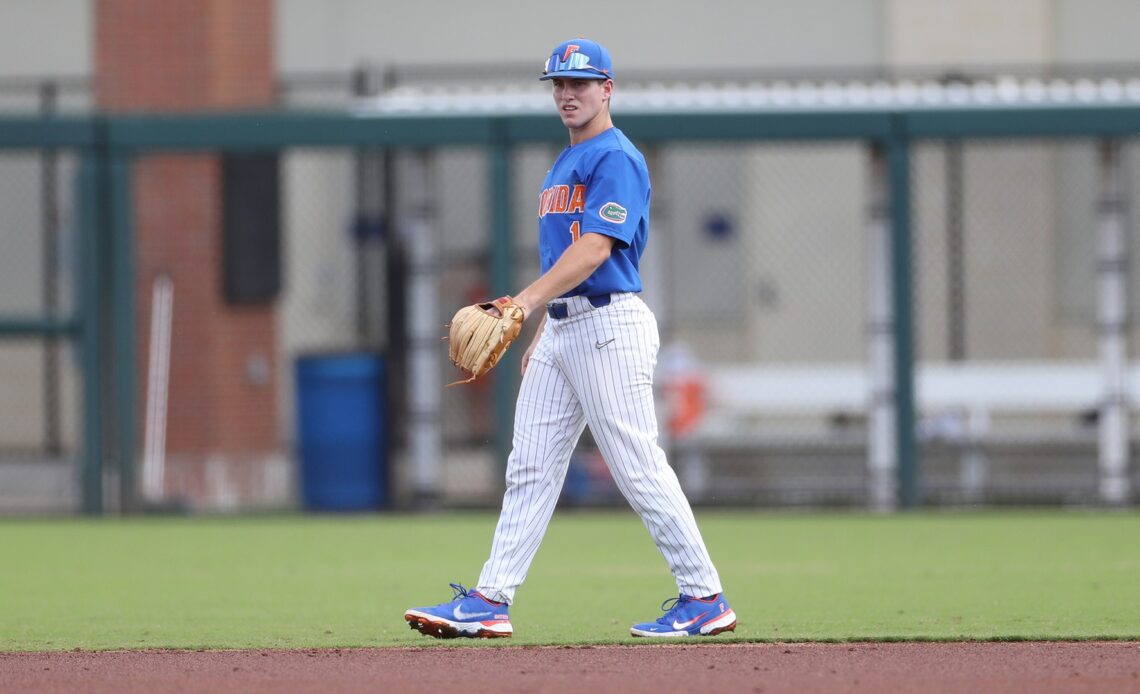 Featured this week in the the 2022 Meet the Gators series is freshman infielder Cade Kurland of Tampa, Fla. Having graduated Berkeley Preparatory School one year early in order to begin his collegiate career, he will rep uniform No. 4 at Florida.

Kurland started at second base in each of the Gators’ exhibitions against Georgia and Stetson, with his performance at the plate raising heads throughout the fall season. In the victory over Georgia on Oct. 28, Kurland went 2-for-4 with one run and one RBI.

As a five-time letterwinner and starter at Berkeley Prep under head coach Richie Warren, Kurland finished his career as the school’s all-time leader in hits (133), runs (126), stolen bases (52) and home runs (18) despite never playing his senior campaign. He served as the Buccaneers’ captain from 2021-22 and was voted the FACA District 15 3A Player of the Year as well as team Most Valuable Player on three separate occasions each.

In his final season, he slashed .468/.606/.957 with a state-leading 13 homers and 17 steals, earning Florida Dairy Farmers Class 3A Player of the Year and Prep Baseball Report First Team All-State honors.
While leading Berkeley Prep to the Class 3A State Championship Game, Kurland was also named the Hillsborough County MVP as well as an All-American by Max Preps and ABCA/Rawlings.

Kurland also holds status as a four-time Perfect Game All-American. Although Kurland was a year younger than the bulk of the 2022 class, he was ranked by PG as the No. 48 shortstop and No. 201 overall player nationally, on top of being the No. 7 shortstop and No. 33 recruit in Florida.

As the son of Brett and Blair Kurland, Cade has one brother, Rivers, and one sister, Reese. Success in athletics runs in the…