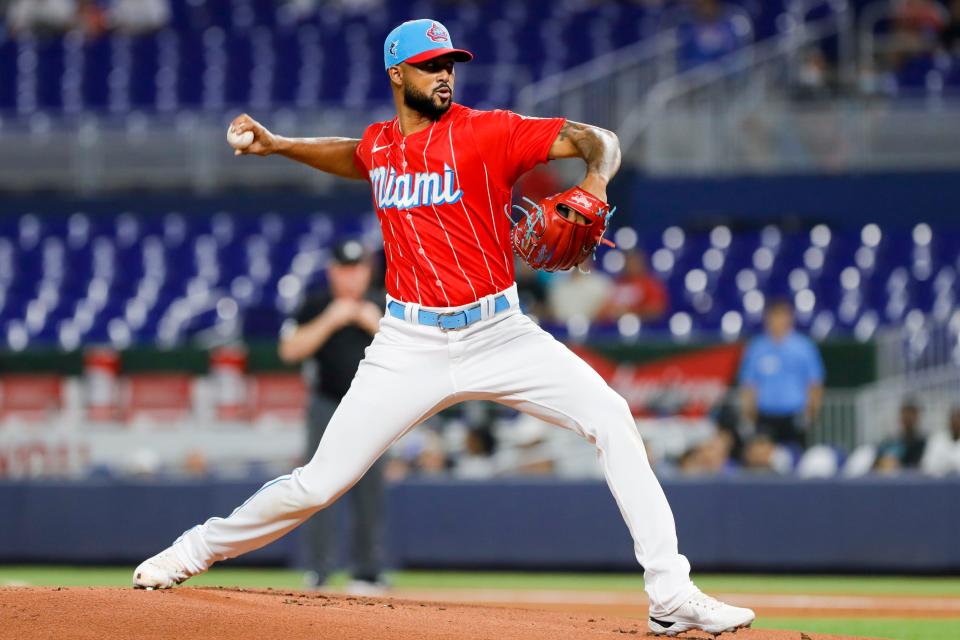 Sandy Alcantara was named the 2022 National League Cy Young Award winner on Wednesday, becoming the first pitcher in Miami Marlins franchise history to earn the honor and the third winner hailing from the Dominican Republic.

Alcantara went 14-9 with a 2.28 ERA in 32 starts this season, topping the majors with six complete games and 228 ⅔ innings pitched. The workhorse right-hander received all 30 first-place votes in Baseball Writers’ Association of America balloting conducted at the end of the regular season.

Alcantara, 27, was an All-Star for the second time in his career and had a sub-2.00 ERA as late as Aug 21. His 8.0 bWAR was the majors’ best, becoming the first pitcher since 2016 to throw at least six complete games. In fact, no other team in baseball had more than five in 2022.

Left-handers Max Fried of the Atlanta Braves and Julio Urias of the Los Angeles Dodgers finished second and third, respectively.

The Marlins acquired Alcantara in their post-2017 purge as part of the deal that sent Marcell Ozuna to St. Louis. He made his Marlins debut in 2018 and was an All-Star as a rookie in 2019, leading the majors with two complete game shutouts.

“It’s not just because he has the numbers. I think it’s the fire in him, to want to be that guy, that he gets to the point he is right now, where he’s the rock solid of this rotation,” Marlins shortstop Miguel Rojas said of Alcantara. Rojas joined Alcantara’s family to watch Wednesday’s award announcement.

“A lot of the guys feed off his energy, his routines. Every time he takes the ball, no matter how he feels, he’s going to give us an opportunity to win. Which shows maturity and how he’s so much different from three years ago.”

Miami finished 69-93 – fourth place in the NL East – and Alcantara has four years remaining on the five-year, $56 million extension he signed after the 2021 season.