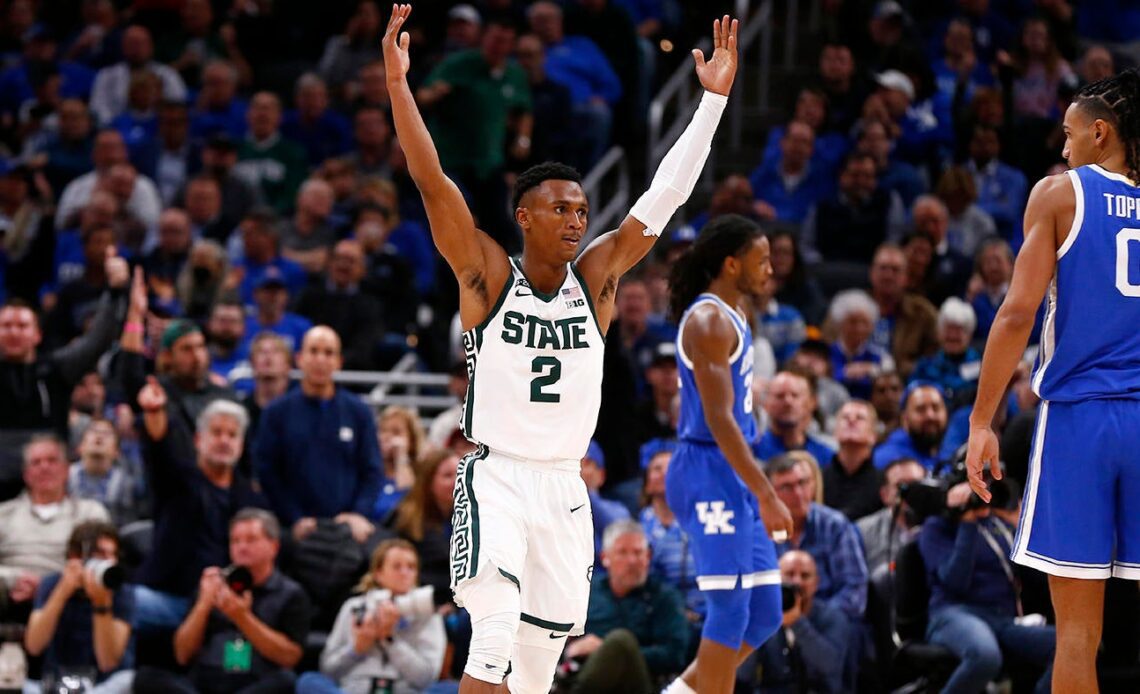 Tom Izzo‘s teams often peak in March Madness. If that’s the case this year, the Spartans have put college basketball on notice, because they look very good already. Michigan State topped Kentucky, 86-77, in double overtime at the Champions Classic on Tuesday night.

Keep in mind that this win came just days after a one-point heartbreaker against Gonzaga. But this is exactly why Izzo chooses to play such tough schedules, writes college basketball reporter Gary Parrish.

… AND ALSO A GOOD MORNING TO THE KANSAS JAYHAWKS

Early-season college basketball shows where teams are, but more importantly, it gives us hints of where they can go. It looks like both Duke and Kansas can go far this year, but the Jayhawks have the slight advantage now. Led by the relentless Jalen Wilson and the clutch Gradey Dick, the Jayhawks took down the Blue Devils, 69-64.