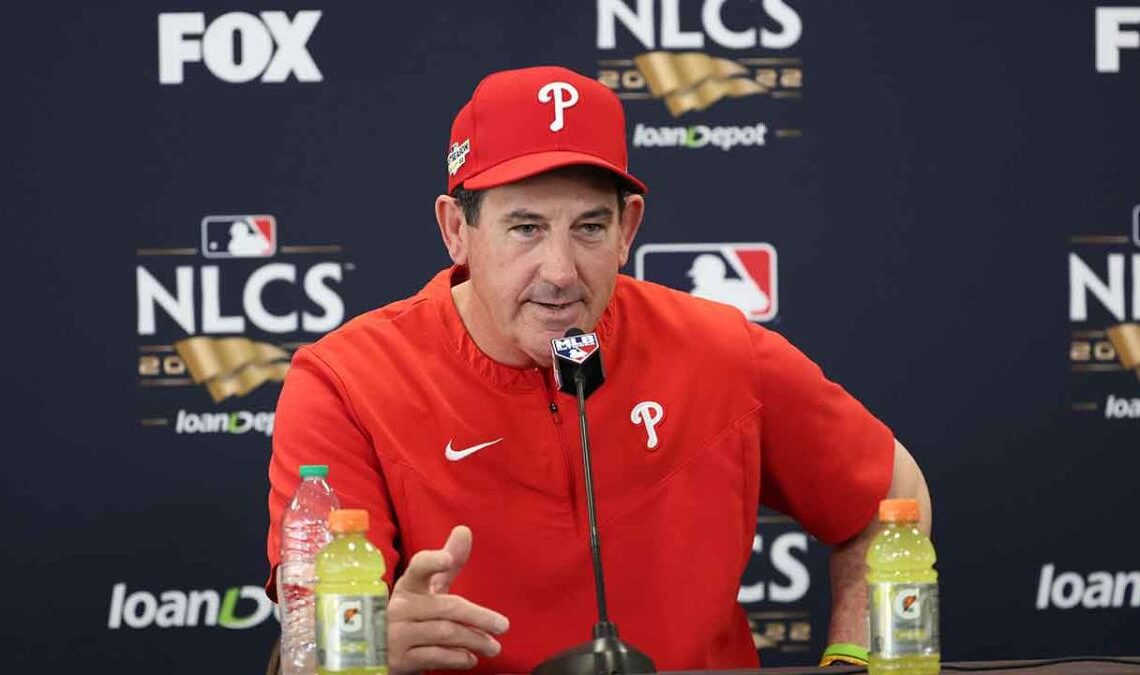 Did Rob Thomson deserve to finish higher in Manager of the Year voting? originally appeared on NBC Sports Philadelphia

Rob Thomson led the Phillies to sustained success after taking over for Joe Girardi on June 3, including a magical ride into October and beyond that nearly ended with a parade.

While the Phils played 65-46 baseball under Thomson and went from a team seven games under .500 to one that made the playoffs, the Phillies’ manager placed fifth in National League Manager of the Year voting.

Keep in mind that this is a regular-season award voted on prior to the playoffs. The Phillies’ postseason success had no bearing on the race.

It was known Thomson would not win once the three finalists were announced as Showalter, Dave Roberts and Brian Snitker. The three finalists for each award are not the only people eligible to win it but they represent the three-highest vote-getters.

Two members from each NL chapter of the Baseball Writers’ Association of America — 30 in total — voted on the award. Each voter has three selections, assigning five voting points to the manager they chose for first place, three points for the manager in second and one for the manager in third.

Showalter received 77 voting points. Roberts was next with 57, followed by Snitker with 55, St. Louis’ Oliver Marmol with 44 and Thomson with 36.

Showalter and Roberts had eight first-place votes apiece. The difference was Showalter’s appearing second on 10 ballots to Roberts’ four.

Thomson was actually the runner-up on more ballots than any manager other than Showalter. The Phillies’ skipper received two first-place votes, seven for second and five for third. He was left off 16 of 30 ballots.

Showalter was viewed as a frontrunner for the award for most of the 2022 season. The Mets went 101-61 and spent 176 of the season’s 181 days in first place. Despite going 12-6 to end the season and 18-13 after September 1, the Mets did not finish in first place, finally falling behind the surging Braves on September 27. The Braves cemented their claim with a head-to-head sweep that weekend.

The Mets had the largest payroll in baseball but still exceeded regular-season expectations, particularly in the first half. Their preseason win total was in the 86 to 88 range, along with the Phillies.

The Dodgers are a juggernaut every year and had the majors’ second-highest payroll, which might make Roberts a bit of an odd…