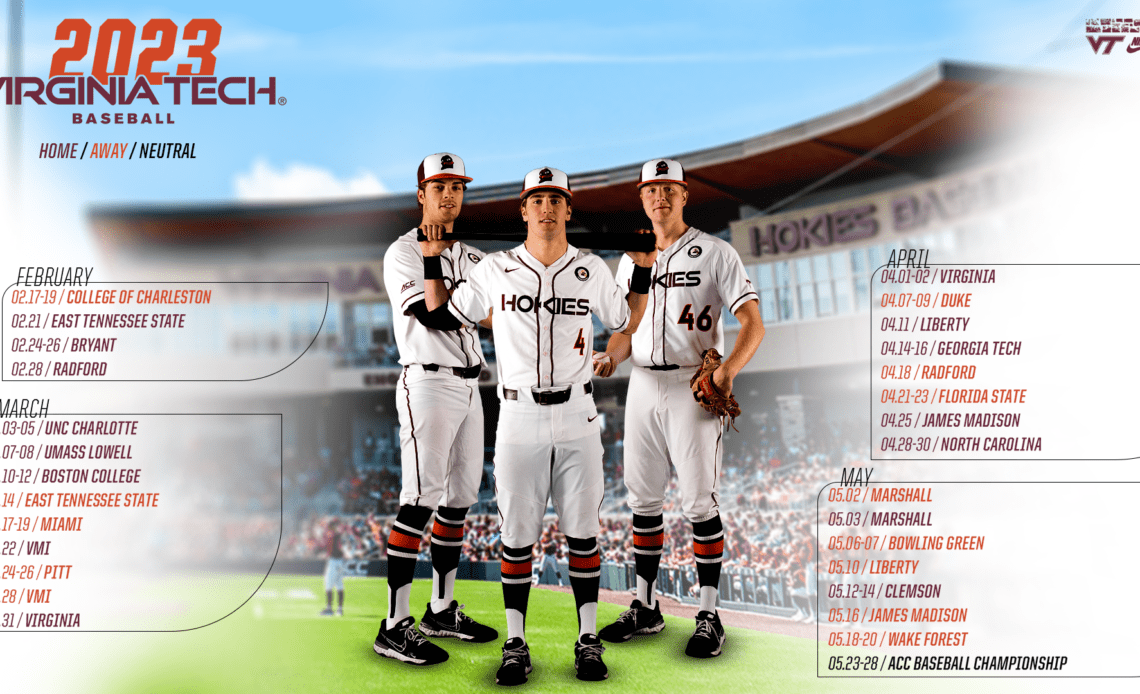 Join the Virginia Tech baseball interest list and be the first to know when ticket information becomes available.

“The ACC part of our schedule is ultra-competitive,” said Szefc. “The fact that we have to go to Miami and Florida State in the same year, that is tough for anybody in our league. It will test our depth and our talent; it will test a lot of things.”

Filling in the non-conference weekends of Tech’s 2023 schedule, the Hokies will open the season with a three-game road series at College of Charleston (Feb. 17-19) prior to returning home to face Bryant (Feb. 24-26) and Charlotte (March 3-5). On its bye weekend from ACC play, Tech will host Bowling Green for three games during the weekend of May 6 (doubleheader) and May 7.

“Our non-conference schedule is typically challenging,” said Szefc. “It is good for us to open on the road at College of Charleston. It will be a good trip for us before coming home to play Bryant and Charlotte; all told, three programs that will provide really strong tests for us.”

Each of Tech’s three early-season, non-conference opponents eclipsed the 30-win threshold during the 2022 season with Charleston and Charlotte winning 37 and 36 games, respectively. Charleston (RPI No. 69) won the 2022 CAA regular season title, Bryant (RPI No. 102) swept No. 12 East Carolina to begin the year while Charlotte (RPI No. 75) prevailed during a Conference USA road series against a ranked Old Dominion side.