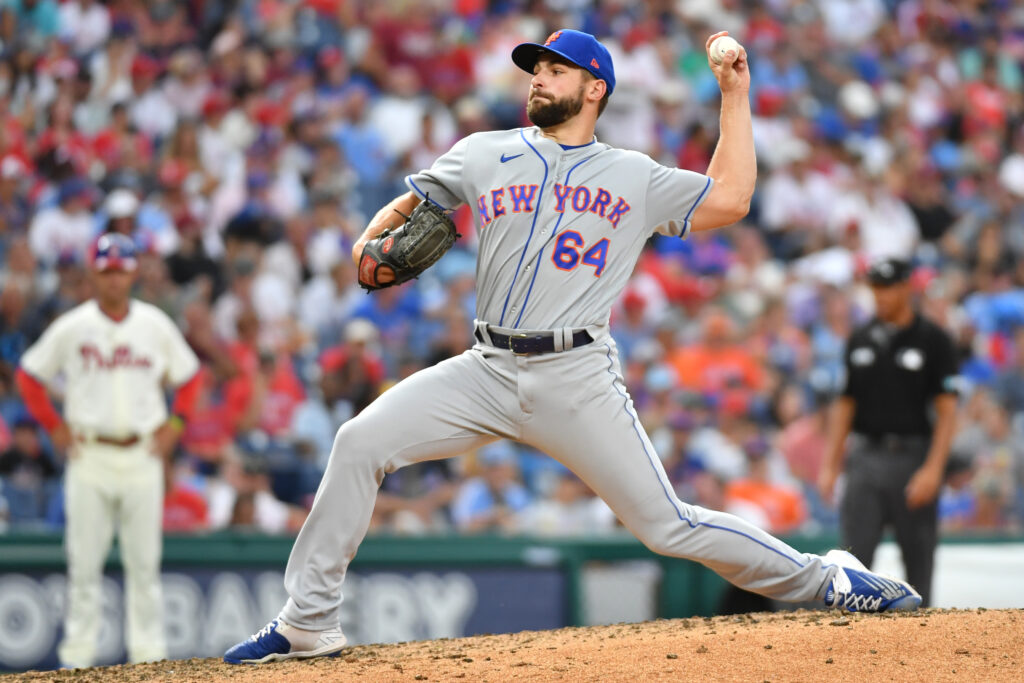 The White Sox have an agreement with left-hander Nate Fisher on a minor league deal, reports Robert Murray of FanSided. Fisher will receive an invite to next year’s Spring Training.

As mentioned by Murray, Fisher is known as “The Banker,” a reference to his unusual journey to the big leagues. He was released by the Mariners in May of 2020 and took on a job with the First National Bank of Omaha until re-signing with the Mariners in June of 2021. He was able to throw 37 1/3 innings that year, posting a 2.89 ERA along with a 31.8% strikeout rate and 7.4% walk rate. Though he reached free agency at the end of the year, he intrigued the Mets enough to get a minor league deal with them.

He continued getting good results in the minors this year, enough to get selected to the Mets’ roster and make his MLB debut in August, though he was designated for assignment and outrighted after one scoreless, three-inning appearance. In the minors, he eventually logged 84 2/3 innings with a 4.15 ERA, 22% strikeout rate and 9.3% walk rate.

After reaching free agency again, he already has a new deal in place with the Sox. The club has five lefties on the roster, with all of those having question marks to some degree. Aaron Bummer has posted strong results in recent years but missed about half the 2022 season due to a lat strain. While he was out, the club acquired Jake Diekman from the Red Sox, who posted a 6.52 ERA after the trade. Garrett Crochet underwent Tommy John surgery in April and will miss at least part of the 2023 campaign. Then there’s Tanner Banks and Bennett Sousa, who both just debuted in 2022 and could potentially be optioned and recalled throughout the season. The club could add to this mix throughout the offseason via free agency or trade, but have bolstered the depth for now by bringing in Fisher.