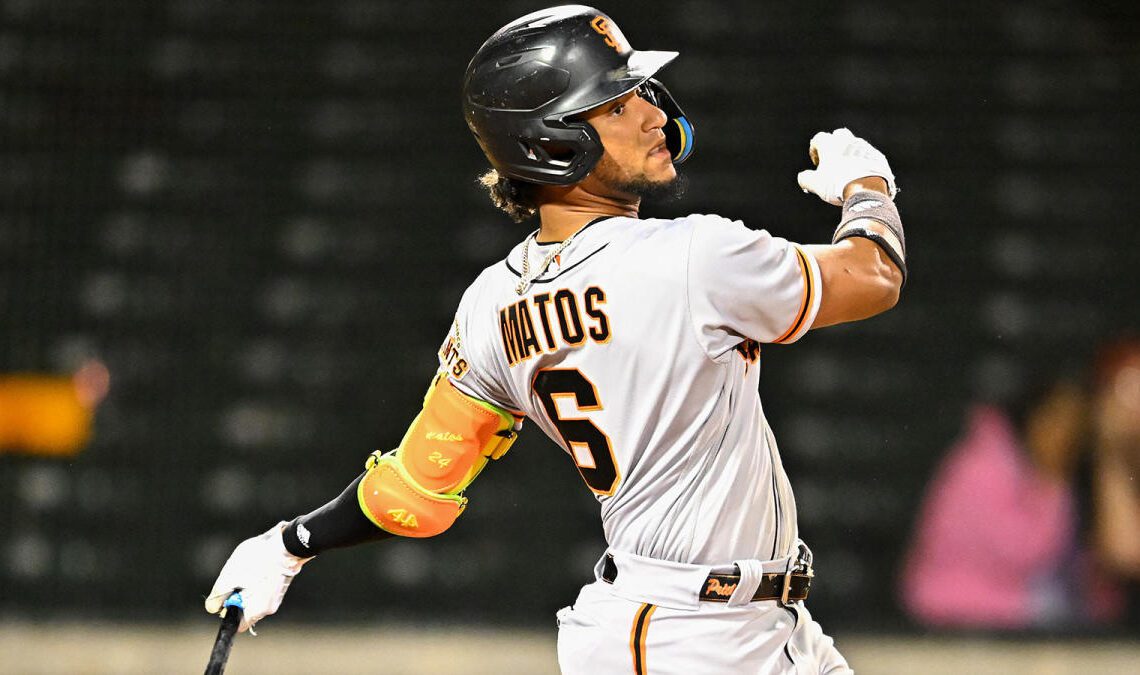 SAN FRANCISCO — The Giants used a franchise-record 66 players last season including nearly every member of their original 40-man roster, so Tuesday was a huge day for some prospects who are getting close to a big league debut.

The Giants added six players to their 40-man to protect them from the Rule 5 Draft, three of whom are reasonable bets to debut in 2023 at some point. They also added their top two hitting prospects and a reliever who could move quickly.

The class is highlighted by Marco Luciano, the franchise’s best position player prospect since Buster Posey, and also includes Tristan Beck, Jose Cruz, Luis Matos, Keaton Winn and Brett Wisely. Tuesday was the deadline for teams to add prospects to their 40-man roster in order to protect them from December’s draft, and president of baseball operations Farhan Zaidi said protecting a big group would be a challenge but was necessary.

“Generally we’re a team that uses our whole 40-man roster aggressively over the course of the season,” Zaidi said. “You’re really hoping to have guys that are major-league ready, major-league contributors on the 40-man in spots one to forty.”

The Giants had no choice with Luciano and Matos even though they both spent all of last season in High-A. Both had injuries disrupt their season but Luciano was a lock to be protected and the Giants didn’t want to take the chance that someone else would try and stash Matos as a fifth outfielder all season. He had a down year at the plate but earlier Tuesday was named the Defensive Player of the Year in the Arizona Fall League.

Cruz, 22, was at an even lower level in 2022, throwing 52 1/3 innings for the Low-A San Jose Giants. But he struck out 86 in those innings and has the kind of big arm that teams covet this time of year.

While Luciano and Matos are unlikely to reach the big leagues until 2024 at the earliest, the Giants have been aggressive with young relievers. Two years ago, Camilo Doval, Kervin Castro and Gregory Santos got protected from the Rule 5 Draft and all debuted the following season. Cruz has a chance at following that path.

Zaidi said it would be “a little challenging” to roster three players who probably won’t help the big league club in 2023, but added “we just think they all come with tremendous upside.”

The other three could all provide depth next season. Beck, acquired in 2019 for Mark Melancon, spent…