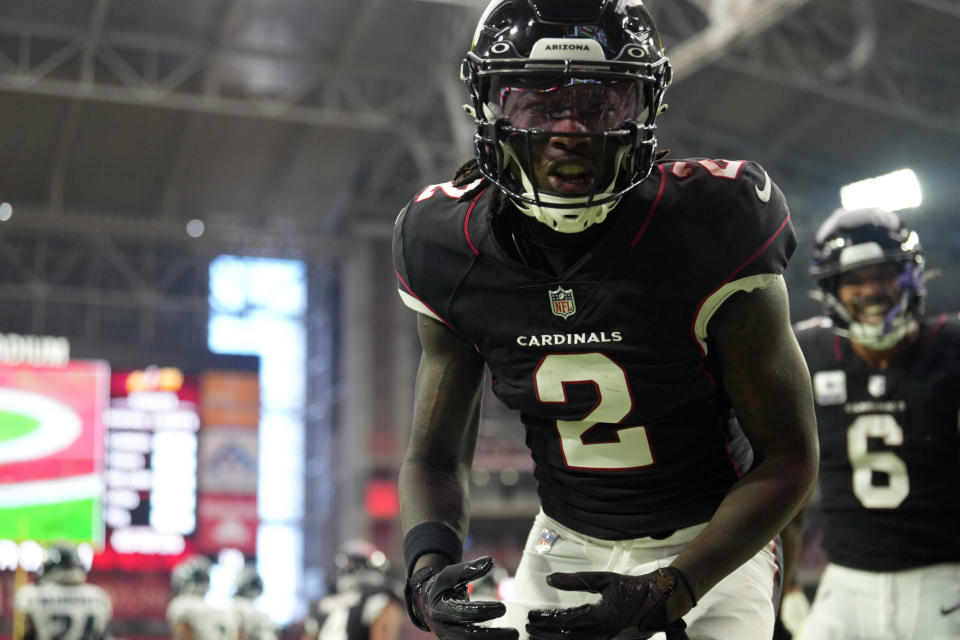 The Arizona Cardinals have not yet had the opportunity to have both DeAndre Hopkins and Marquise Brown on the field at the same time this season. That could happen soon.

The Cardinals announced Wednesday that Brown was designated to return from injured reserve, where he had been since injuring his foot in Week 6 in the final moments of the Cardinals’ 19-9 loss to the Seattle Seahawks.

The move allows him to begin practicing again. He can be activated from IR to the active roster in the next 21 days, which means he potentially could be activated to play on Monday night against the San Francisco 49ers.

The team will make sure he is able to move around well and conditioned well enough to contribute.

The Cardinals acquired Brown in a draft-day trade to help weather the absence of Hopkins for the first six weeks of the season while he was suspended and then make a dynamic pairing. However, he got hurt the game before Hopkin returned from suspension.

With the loss of tight end Zach Ertz, Brown’s return is timely.

We will see if he is activated for the game on Monday. ‘