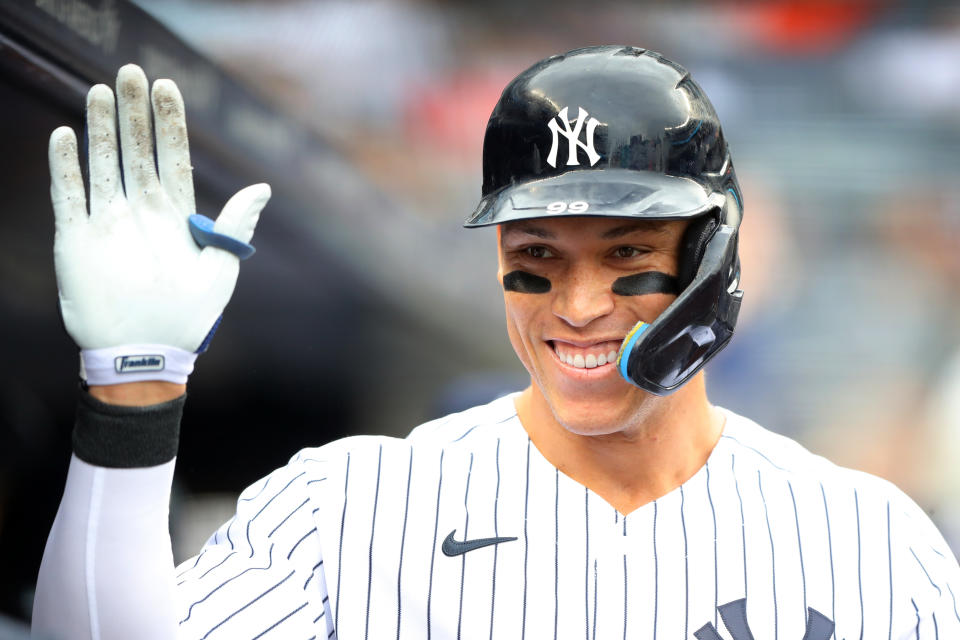 The MLB season started with Aaron Judge betting on himself after contract negotiations with the New York Yankees fell through. It’s ended with an MVP award.

The Yankees star took home his first career MVP on Thursday after hitting an American League record 62 home runs in one of the greatest offensive seasons of recent MLB history.

Judge captured 28 out of 30 first-place votes from the BBWAA, with the other two going to Los Angeles Angels phenom Shohei Ohtani, last year’s winner of the same award. Both votes were from writers based in Los Angeles. For much of the season, the AL MVP race was seen as a two-man race between Judge, on a historic home run pace, and Ohtani, arguably improving on last year’s already historic two-way performance.

He narrowly missed out on a Triple Crown as well, finishing five points behind Minnesota Twins infielder Luis Arráez‘s .316 mark.

Where will Aaron Judge land in MLB free agency after MVP season?

Few, if any, contract years have ever gone as well as Judge’s, and he is about to reap the rewards.

The Yankees’ reported final offer was a seven-year, $213.5 million deal that would have gone into effect after this season, in which Judge played on a $19 million salary received in his final year of arbitration. Judge now figures to make much, much more than that.

One important thing to remember with Judge is he is probably older than you think, as he will enter next season…