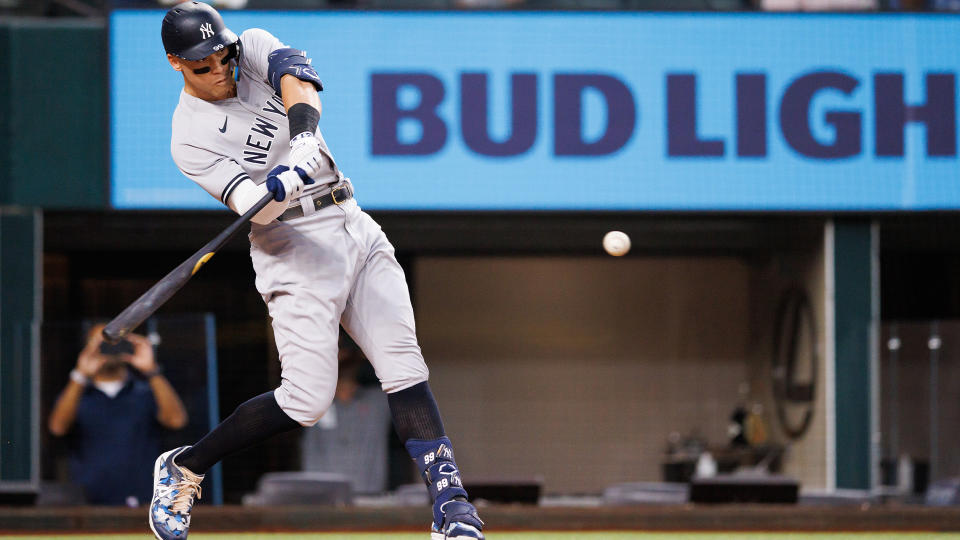 Cory Youmans, who caught the ball, sold its rights to the auction house Goldin, whose founder says it will “almost certainly” bring in the highest price ever paid for a baseball.

The opening bid for the ball is $1 million.

“Unlike bats or jerseys which players and teams technically own, a home run ball is the immediate property of whatever fan catches it,” founder Ken Goldin said in a statement. “In this case, this particular ball was basically a winning Powerball ticket.”

Judge’s homer Oct. 4 against the Texas Rangers surpassed the AL record set by another Yankee, Roger Maris, in 1961.

The historic souvenir came sailing into the front row of section 31 in left field at Globe Life Field, a drive Judge hit to lead off the second game of a doubleheader. Youmans snared it on the fly.

Asked at the time what he planned to do with the ball, Youmans said, “Good question. I haven’t thought about it.”

Judge, who has been a Yankee his entire career, is currently a free agent.

He was honored Wednesday with one of the Hank Aaron Awards given to the most outstanding offensive performers in each league.