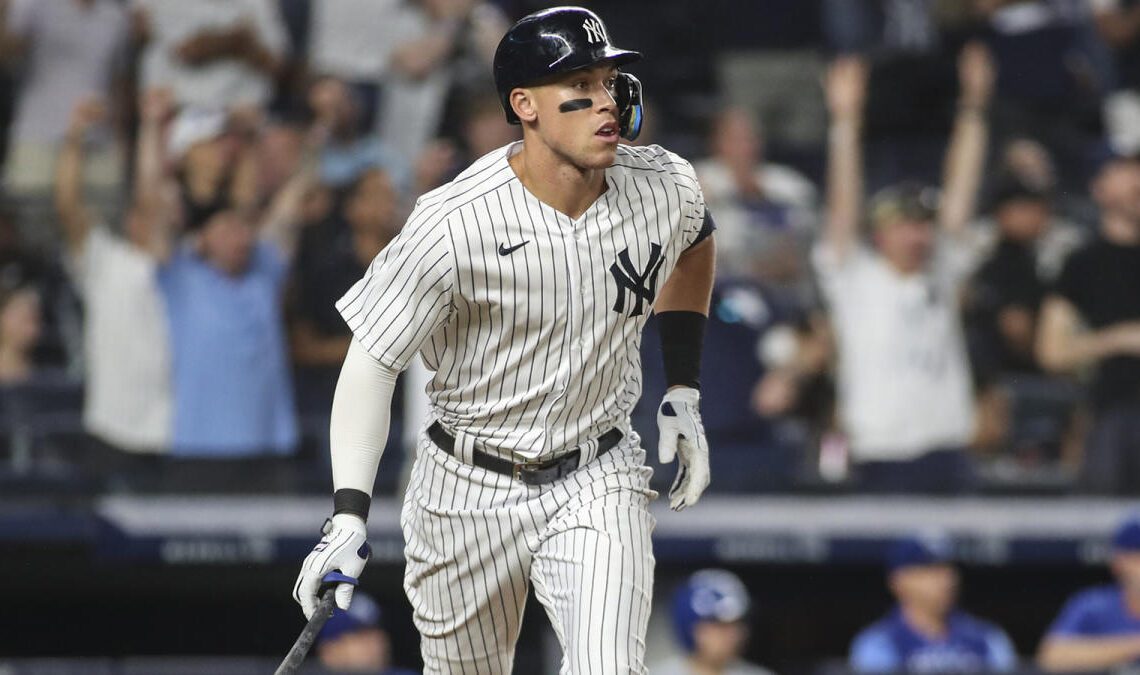 The presentation of the American League MVP Award was a full-circle moment for a lot of Giants employees.

At this time five years ago, they made a push to acquire Giancarlo Stanton. He became a Yankee instead, and on Thursday he went on MLB Network to announce that Aaron Judge was the 2022 winner of the award.

There was no drama. Judge was listed first on 28 of 30 ballots, easily beating last year’s winner, Shohei Ohtani, who got two first place votes and was second on the other 28 ballots. The intrigue for Judge this offseason is all ahead of him, but on Thursday he didn’t offer many hints when it comes to his free agency.

As the Yankees try to bring him back, the Giants are viewed as leading the pack of outside contenders. But Judge indicated that he’s very early in the process, and he didn’t offer any details about meetings or timelines. Asked what’s important to him as he makes his choice, Judge said winning will come first.

Judge has been to the postseason six times with the Yankees but is still looking for his first ring. The Giants are coming off a .500 season and have made the playoffs just once since Judge’s first full MLB season, but they can at least remind him that they won two titles while he was a few hours away at Linden High and Fresno State.

Four years after he was drafted, Judge won the AL Rookie of the Year Award and finished second in the MVP race. That was his best finish until Thursday, when he was rewarded for a season in which he led the Majors in homers, runs, RBI, on-base percentage and slugging.

The epic walk year set Judge up as one of the most coveted free agents in MLB history, but suitors will have to work hard to pry him from the Yankees. Judge met with owner Hal Steinbrenner earlier this offseason and said Thursday that the meeting was positive and he felt it was a good sign that Steinbrenner reached out for a one-on-one meeting.

RELATED: What Giants bringing Pederson back means for La Stella

As for what’s ahead, Judge indicated that the process is just ramping up. He said it’s “pretty early” and he knows that marquee free agents don’t usually make decisions until closer to the Winter Meetings (held this year from Dec….