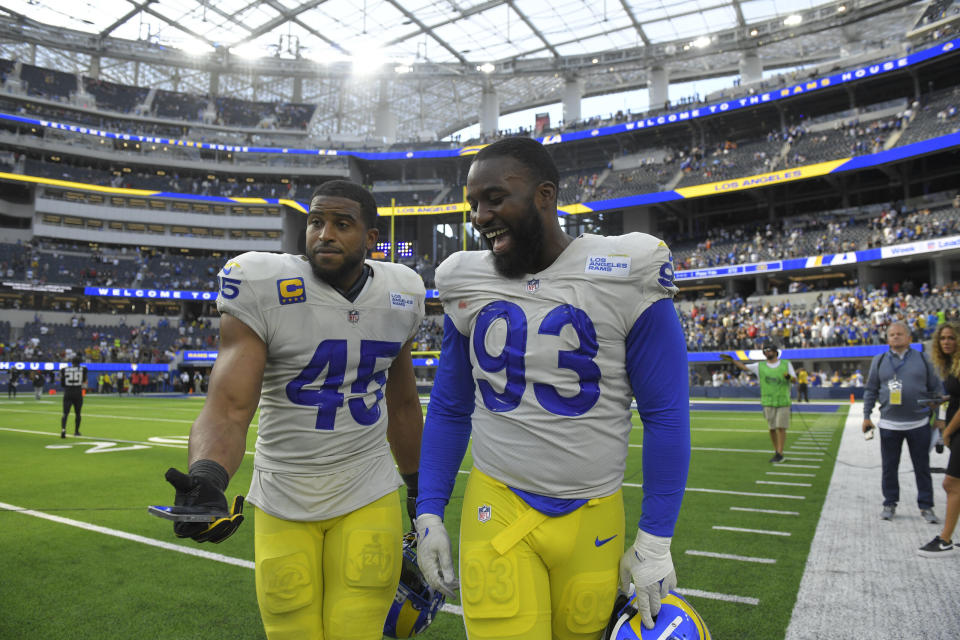 Bobby Wagner hasn’t experienced losing much in the NFL. Since he came into the league in 2012, he’s been on a team with a losing record only once: 2021 with the Seahawks when they finished 7-10.

This season could be his second sub-.500 campaign if the Rams can’t turn things around after starting the year 3-6 through nine games. Like Wagner, many of the younger players on Los Angeles’ roster also haven’t dealt with much losing in their careers, seeing as the Rams haven’t had a record below .500 since 2016.

On Wednesday, Wagner was asked what sort of advice he gives younger players amid the team’s struggles. His words of wisdom were predictably great.

“I tell them you keep going and it’s never as big as it seems,” Wagner said. “I think a lot of times when you try to be in a moment, or when you’re in a moment, it feels like everything comes crashing down on you, but it can be turned around in just an instance. One game, one stretch, it doesn’t matter. Anything can be turned around. For me, it’s like we keep fighting until there’s no season left. We have a lot of season left. Eight games, a lot of things can happen. There’s a lot of things that are in our control but we can do better and perform better so that’s kind of the message.”

Wagner immediately became a leader in the Rams’ locker room after he signed in free agency, being voted a captain in Year 1. He was previously a captain with the Seahawks, too, and is heralded as one of the best leaders anywhere in the NFL.

The Rams are fortunate to have a player like him on their side, especially amid a frustrating season like they one they’re battling through.