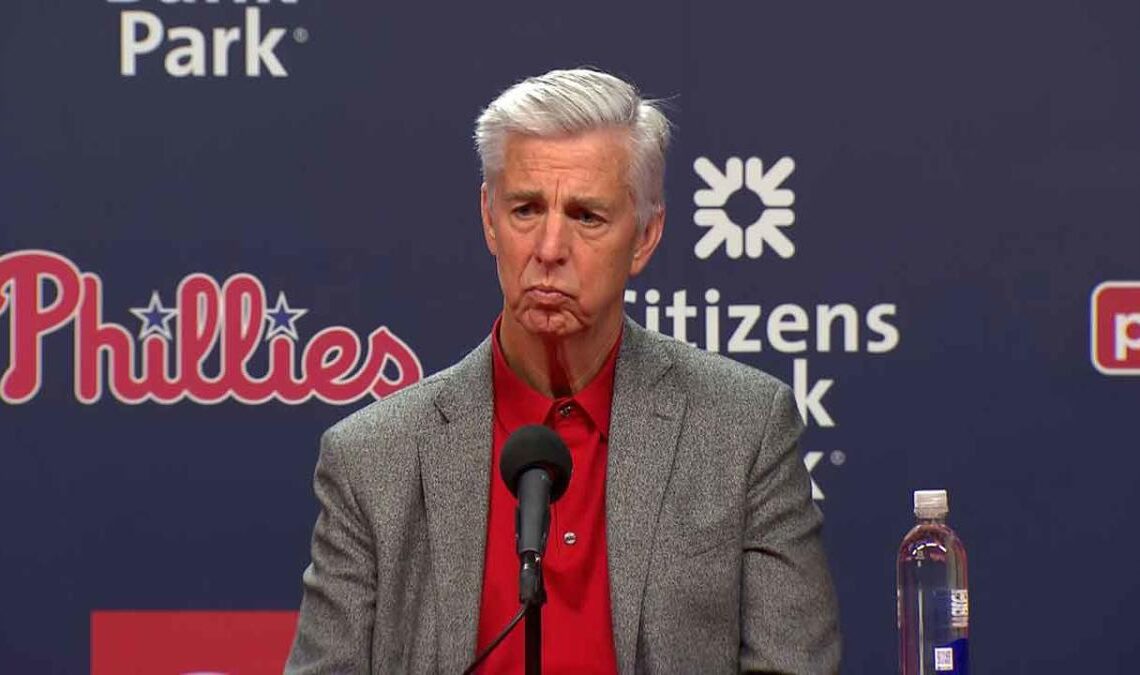 Big offseason ahead for the Phillies? ‘We’re going to push the needle’ originally appeared on NBC Sports Philadelphia

The Phillies exceeded the luxury tax for the first time in franchise history last offseason and the results were so encouraging that they’ll likely be just as aggressive this winter.

If they thought a year ago they were close to contention, coming two wins shy of winning a World Series will only reinforce the notion.

Significant money came off the Phillies’ payroll the day after the World Series. They freed up $75 million, though they’ll also have to account for about $10 million in raises for players not yet eligible for free agency.

Their estimated luxury tax payroll as of now is in the range of $185 million, far below the $233 million threshold for 2023.

Much can be accomplished with that money. It’s enough for another superstar contract, the addition of rotation depth and the building out of a bullpen.

The Phillies have been heavily connected to the top of the shortstop market, which is led by Trea Turner, Xander Bogaerts, Carlos Correa and Dansby Swanson. The middle infield is the clearest and potentially only everyday position the Phillies can upgrade this winter since they’re locked into their starters everywhere else in the field. First base will continue to be a topic of discussion in that regard as Rhys Hoskins enters his final year under team control.

The addition of any of those four top shortstops — particularly Turner — would make an enormous difference in the Phillies’ lineup, bringing another table-setting and run-producing bat that could help offset the early-season loss of Bryce Harper and add a layer of protection if 2022 was a sign of what’s to come with Nick Castellanos.

The shortstop talk has grown so loud that Phillies fans are expecting a major signing. Would Dombrowski be surprised if he can’t check off the item in a major way?

“I wouldn’t say that I’d be surprised, but we’re open to a lot of things,” he said.

The vacancy was created when Jean Segura’s contract came to an end. While Segura performed up to his career norms…