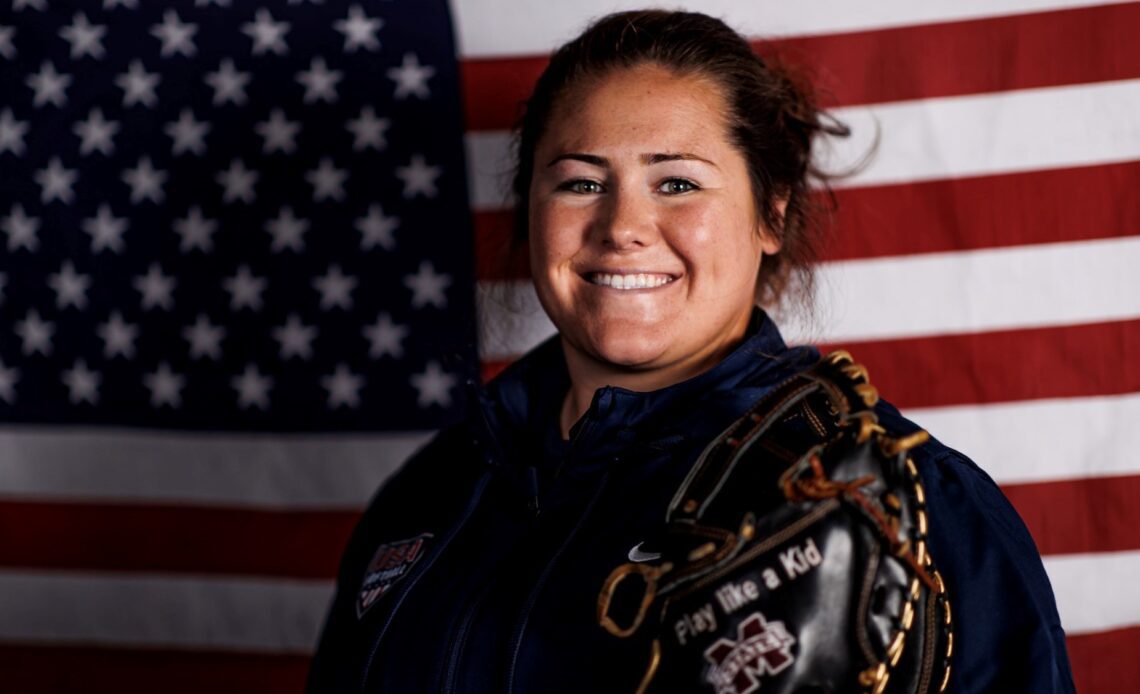 
STARKVILLE – Team USA has completed a perfect 6-0 run through pool play at the 2022 WBSC Pan American Championship. Mississippi State’s Mia Davidson-Smith has been an explosive piece in a Red, White and Blue lineup that has won by run-rule in all six contests.

The Americans have played just 25 innings instead of the regulation 42 innings as scheduled. Team USA is outscoring its competition 83-8 in Guatemala.

Davidson-Smith has started every game, seeing time at catcher, first base and designated player. She has homered three times, all with runners on base. Teams have done their best to avoid her bat as well. Davidson-Smith drew five walks in her first two international contests and has been hit by a pitch twice.

Her first career international hit left the yard against Venezuela on Nov. 13, a two-run shot to extend Team USA’s lead to 4-0 before an out had been recorded in the ballgame. On Nov. 15 against Costa Rica, she collected a pair of hits, including a three-run homer to tie for the team lead with four RBIs.

On the final day of pool play, Davidson-Smith went a combined 3-for-5 in two games with an RBI double against Brazil and a two-run homer against El Salvador. She later drove in two more runs against El Salvador to lead Team USA with four RBIs.

Team USA now begins bracket play on Thursday, Nov. 17 at 12:45 p.m. CT. The Red, White and Blue will face Canada in the quarterfinals. With a win, the Americans would advance to face either Puerto Rico or Cuba in the Friday’s semifinal. The championship game is set for Saturday.