Has Cody Bellinger’s time run out with Dodgers? We could know by Friday 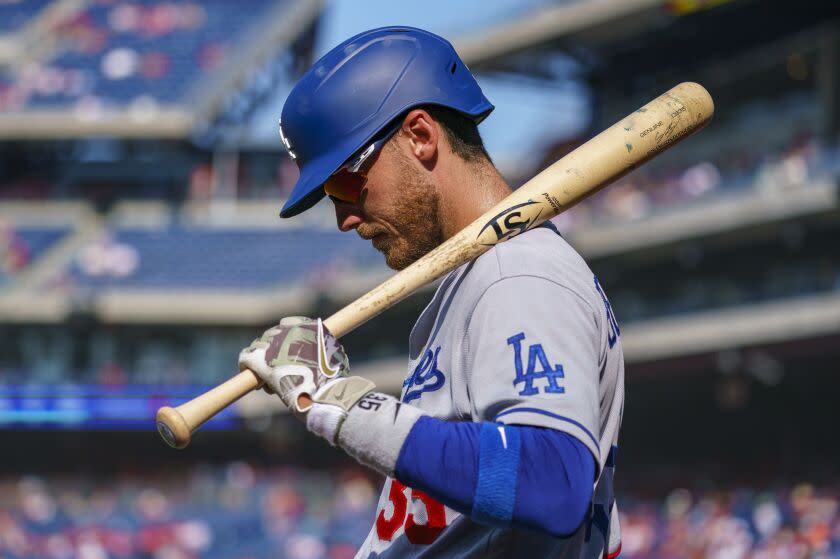 For most of the last two seasons, as their star center fielder and former most valuable player slipped into a puzzling cycle of injuries, inconsistency and head-scratching production, the Dodgers have remained steadfast.

They still believe in Cody Bellinger’s ability. They’re still hopeful the 27-year-old slugger can rediscover some semblance of the All-Star-caliber, Silver-Slugger-winning, superstar-affirming form of his old self.

“I know he’s working with our guys,” president of baseball operations Andrew Friedman said last week at Major League Baseball’s general manager meetings in Las Vegas, “and doing everything he can to put himself in position to be a real force for us next year.”

Whether Bellinger will still be with the Dodgers next year, though, is a decision that could be determined in the next couple of days.

By Friday, the club will have to decide whether to tender Bellinger a contract for the 2023 season, or release him after a couple of stunningly subpar seasons that have derailed his once-burgeoning career.

At the core of the decision will be whether the Dodgers feel comfortable paying Bellinger a salary of likely more than $18 million in 2023.

Because Bellinger is entering his last year of arbitration under team control, and because the arbitration process virtually always awards raises to players one year after the next, Bellinger has been one of the Dodgers’ highest earners ever since making a then-record $11.5 million in his first arbitration-eligible season in 2020, when he was coming off his 2019 MVP performance.

Even though Bellinger’s play has tailed off since then — he has batted .195 with a .642 on-base-plus-slugging percentage the last three seasons, and has produced at a well-below-league-average clip the last two years — his salary has continued to rise.

This week, it is all coming to a head, with the Dodgers weighing the hope that Bellinger can provide power in the middle of the lineup and strong defense in the middle of the outfield, against the fear he will suffer more extended slumps at the plate, problems with strikeouts and swing mechanics, and eat up a not-insignificant portion of their payroll as they plan for the rest of the offseason.