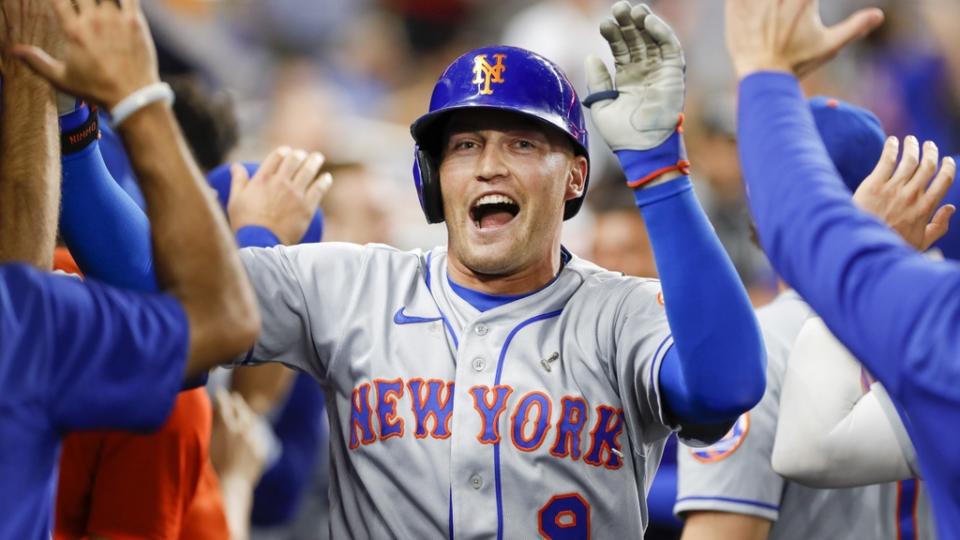 When the Mets‘ season ended, the team saw closer Edwin Diaz and center fielder Brandon Nimmo as high priorities — internal free agents whose production and positive contributions to the team’s culture made them important to retain.

Nimmo, due to widespread interest around the league, is proving to be more of a challenge — though he is no less a priority now than he was at the beginning of October.

According to a league source, Nimmo is already meeting personally with teams. Several teams have expressed a willingness to move their current center fielder to a corner position to accommodate Nimmo.

The list of interested clubs reported in various markets includes the Mets, Yankees, Colorado Rockies and Toronto Blue Jays, and that is far from a complete accounting.

Whatever uniform he ends up wearing, Nimmo will make significant money. His specific skill set is tailored to appeal to analytically-inclined teams — which in 2022 is nearly every team.

The most obvious aspect of Nimmo’s appeal is his .385 on-base percentage. Due to better positioning and hard work, his defensive metrics have improved.

An element of Nimmo’s game that fits a less obvious trend are his bat-to-ball skills. Teams looking to build rosters better able to succeed in the postseason have begun to recognize that contact hitters are the best answer to the power pitching that teams emphasize in October.

The Yankees employed this strategy at last year’s trade deadline when they added Andrew Benintendi, a contact hitter who had five home runs all season. The team caught a terrible break when Benintendi injured a bone that was supposed to have been removed already, but the point remains: Smart front offices are now trying to diversify power-heavy lineups.

Nimmo has more pop than Benintendi, but fits that contact theme. He is also a center fielder in a market devoid of those. In so many ways, his timing is impeccable.

The Mets remain in pursuit, but this one is going to cost them.