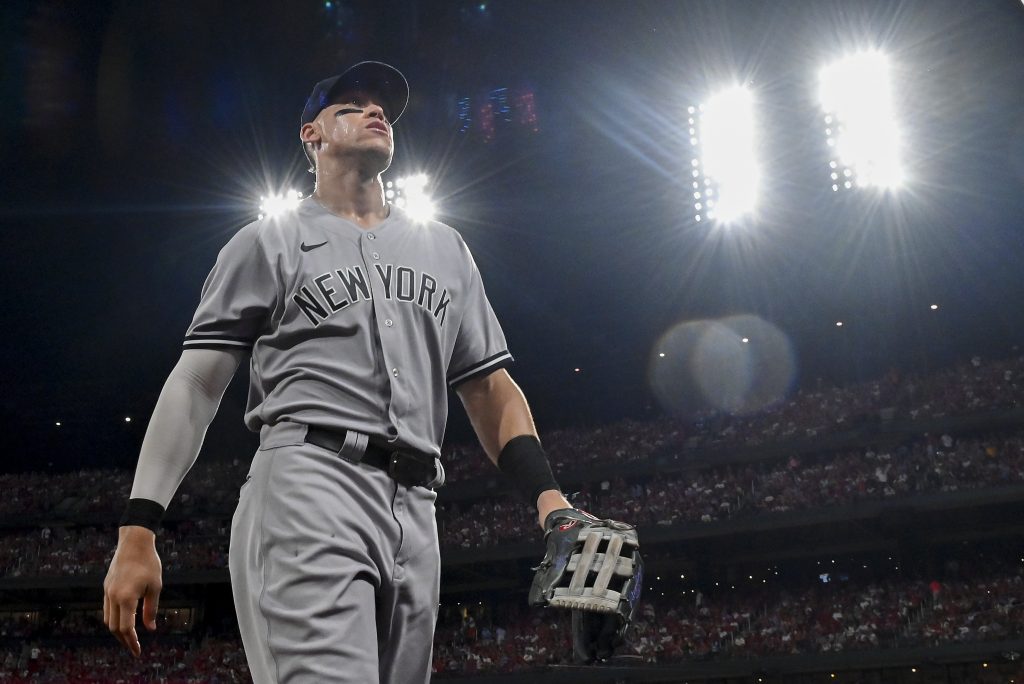 Major League Baseball has opened an investigation into the Yankees and Mets to determine if their owners improperly communicated about the free agency of AL MVP favorite Aaron Judge, reports Ken Rosenthal of the Athletic.

The investigation is rooted in a column by Andy Martino of SNY earlier this month. Martino wrote the Mets were unlikely to pursue Judge in free agency, in part because of a mutual respect between Mets owner Steve Cohen and Yankees owner Hal Steinbrenner.

As part of that piece, Martino wrote: “Talking to Mets people about this all through the year, the team in Queens sees Judge as a Yankee, uniquely tailored to be an icon in their uniform, stadium and branding efforts. Owners Steve Cohen and Hal Steinbrenner enjoy a mutually respectful relationship, and do not expect to upend that with a high-profile bidding war. The only way people involved can see the Mets changing course and pursuing Judge would be if the Yankees somehow declared themselves totally out of the bidding.”

To be clear, Martino didn’t characterize that as the sole reason the Mets could choose to sit out the Judge bidding, nor did he expressly state Cohen and Steinbrenner had talked about Judge’s free agency. He went on to note the Mets could be wary of signing another deal in excess of $300MM after extending Francisco Lindor last year.

The Mets could certainly make a legitimate baseball argument for not going after Judge, but communication among owners not to pursue a free agent — if it occurred — would be a collusive violation of the collective bargaining agreement. The MLB Players Association expressed concern about the SNY article to the league, Rosenthal notes, spurring the investigation. Rosenthal adds that MLB is expected to request communication records between Cohen and Steinbrenner.

In the 1980’s, arbitrators found a pattern of collusion among owners that depressed the 1985-87 free agent markets. In 1990, owners agreed to pay players $280MM as part of a settlement. Renewed collusion allegations arose in the early 2000’s, and Rosenthal notes the league agreed to a $12MM settlement but no admission of guilt during the 2006 CBA negotiations.

The MLBPA can file a grievance on Judge’s behalf, and Rosenthal writes the union would have to demonstrate both a) improper communication between the Yankees and Mets actually occurred and b) Judge’s market was harmed by that communication.

Meanwhile, Rosenthal suggests the MLBPA could take issue with the…