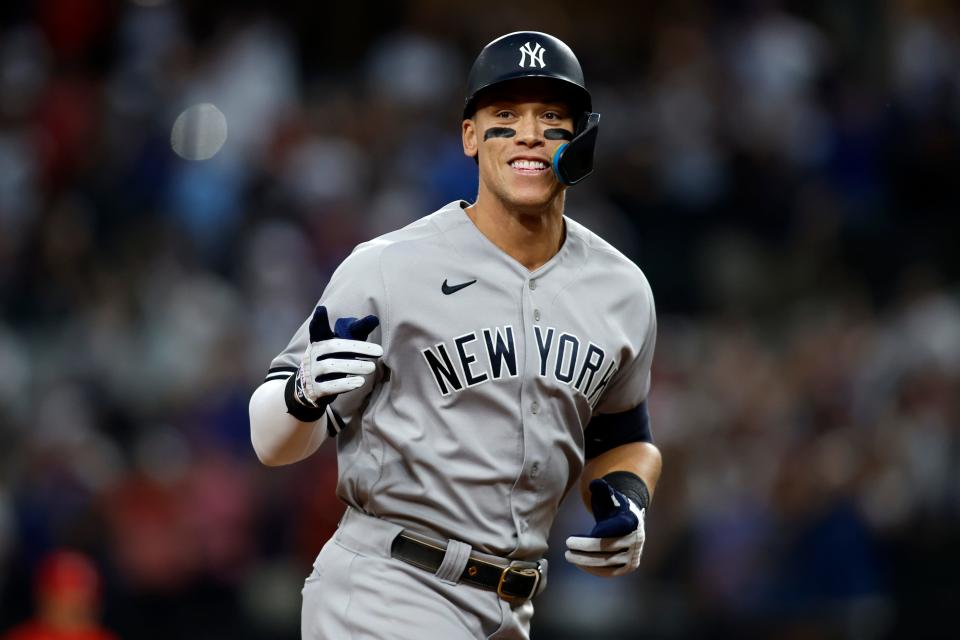 Perhaps it was a closing act. More likely, it was mere prelude. Either way, Aaron Judge received the ultimate reward for one of the greatest seasons in New York Yankees history.

Playing under the weight of a prove-it edict from a front office not yet prepared to make him a Yankee for life, Judge hit an American League-record 62 home runs and led the major leagues in several offensive categories, a performance that culminated Thursday night with Judge being named AL Most Valuable Player for the 2022 season.

Judge, 30, becomes the 14th Yankee to win the MVP award and the first since 2007, when Alex Rodriguez won his second in three years. He cemented his place in baseball lore in the 161st game of the season, when he homered off Texas Rangers pitcher Jesus Tinoco for his 62nd of the year, moving him past fellow Yankee Roger Maris atop the all-time AL home run list.

Judge is a free agent after turning down a seven-year, $213 million extension offer that the Yankees chose to publicize before the start of the season. Their public stance: Tell us you’re worth more than this.

He led the major leagues in home runs, RBI (131), runs scored (133), on-base (.425) and slugging percentage (.686), total bases (391), OPS (1.111) and adjusted OPS (211). In keeping afloat a Yankees team that won 99 games and the AL East despite second-half struggles, he earned 28 of 30 first-place votes to wrest the award away from two-way star Shohei Ohtani. The Los Angeles Angels pitcher/DH received the other two first-place votes after a season in which he hit 34 home runs and, as a pitcher, struck out 219 batters, ranking fourth and third, respectively, in the AL.

Ohtani narrowly missed out on a second MVP, and Judge can relate. He finished second to Jose Altuve in 2017, hitting 52 home runs to unanimously earn Rookie of the Year honors. The four seasons that followed were a potpourri of greatness interspersed with injury battles and occasional inconsistency for the Yankees’ 6-7 slugger. But in 2021, Judge pulled it all back together again, hitting 39 home runs in 148 games and putting together his most productive season since his rookie campaign.

The lone remaining question is whether he’ll…