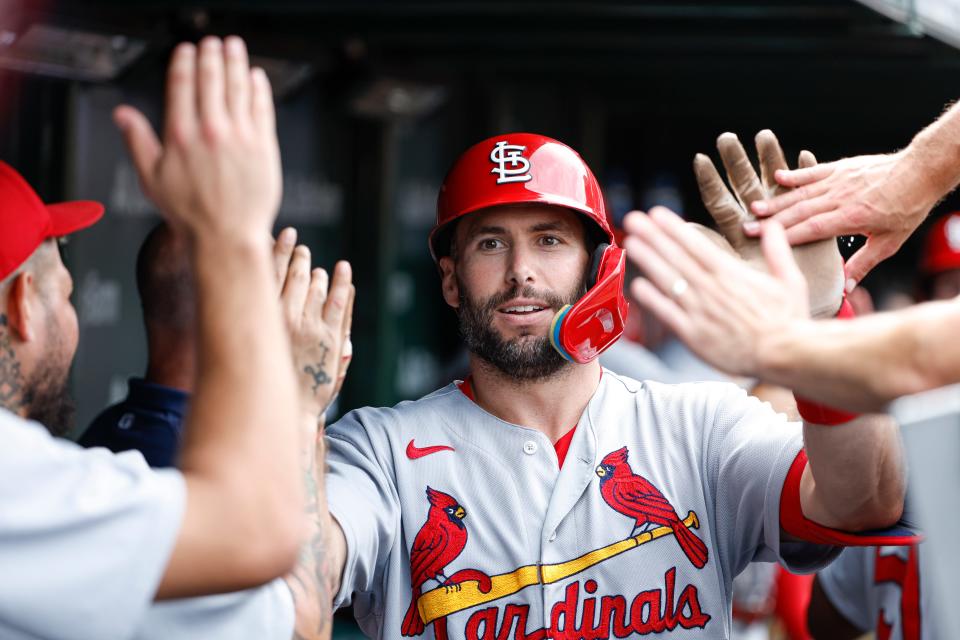 After a season in which he led his team to a division title and made a serious run at the National League Triple Crown, St. Louis Cardinals first baseman Paul Goldschmidt has been selected as the NL’s Most Valuable Player.

Goldschmidt – who hit .317 this past season with a .404 on-base percentage, 35 home runs, 115 RBI and a league-leading .578 slugging percentage – was the runaway winner in balloting by the Baseball Writers Association of America. He received 22 of the 30 first-place votes to outdistance Cardinals teammate Nolan Arenado and Manny Machado of the San Diego Padres.

Until fading a bit over the final month of the regular season, Goldschmidt had a chance to become the NL’s first Triple Crown winner since Joe Medwick in 1937 – ultimately finishing third in batting average, tied for fifth in home runs and second in RBI.

A seven-time All-Star and perennial MVP candidate with both the Arizona Diamondbacks and the Cardinals, Goldschmidt had never won the award until he did so this season at age 35.

He was the runner-up to Andrew McCutchen in 2013 and to Bryce Harper in 2015, while finishing third behind Giancarlo Stanton and Joey Votto in 2017.

“I think definitely as you age, you have to adapt, and that’s some of what I’ve tried to do. I’ve tried to get ahead of it,” Goldschmidt said. “You can’t just try to do the same thing you did the year before. But yeah, kind of the stigma that as you get older, you’re going to keep getting worse. I mean, nobody likes that. They don’t like being told you can’t do something, so it’s definitely motivation.”

The MVP trophy continued a steady stream of postseason honors for Goldschmidt, who last week won the Hank Aaron Award as the top overall hitter in the National League – and earlier this week, he claimed the Heart and Hustle Award given by the MLB Players Alumni Association, emblematic of his passion for the game.

In 2022, Goldschmidt also claimed his fifth NL Silver Slugger Award and was one of three finalists for the Gold Glove at first base, an award he’s…