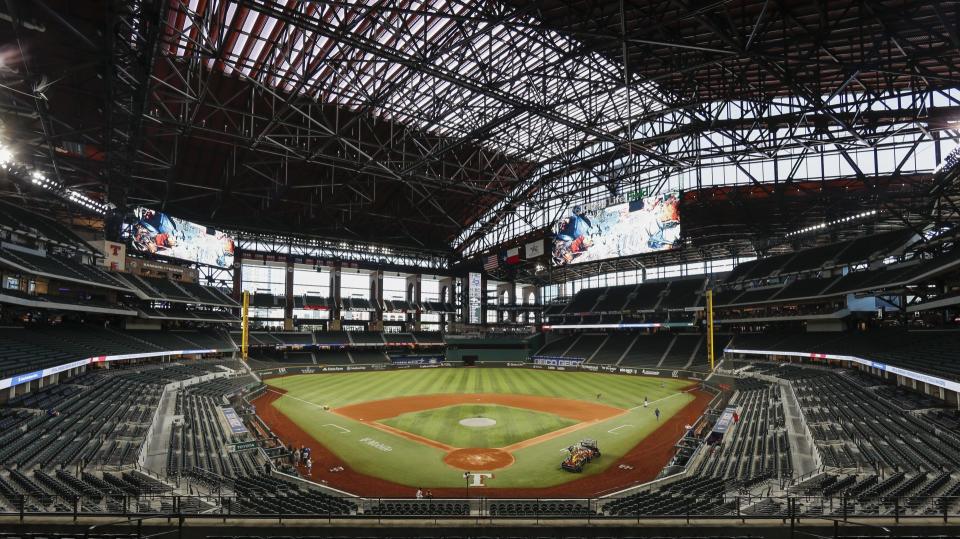 Speaking at the conclusion of this week’s owners’ meetings in New York, Manfred announced the game will be held July 16, 2024 at Globe Life Field, which opened during the 2020 pandemic season. The stadium hosted the neutral site World Series and NL Championship Series that season.

Next year’s game will take place in Seattle, which last hosted in 2001 in Ichiro’s rookie year and Cal Ripken Jr.’s final season.

The 2026 game will take place in Philadelphia to coincide with the 250th anniversary of the founding of the United States. No announcement has been made about the 2025 game.

Texas will host its second All-Star Game and first since the National League claimed a 3-2 victory in 1995 at The Ballpark in Arlington. That was the first midsummer classic since a contentious strike canceled the remainder of the 1994 regular season and postseason and reduced the 1995 season to 144 games.

“The Texas Rangers are honored to be awarded the 2024 All-Star Game,” said Rangers Majority Owner and Managing Partner Ray Davis in a statement “With the opening of Globe Life Field in 2020 and the incredible development that continues to take place around the park, Arlington is an ideal location to host Major League Baseball and the Midsummer Classic.

“We are honored to be selected by MLB to host the All-Star Game once again,” Arlington Mayor Jim Ross said in the statement. “We look forward to welcoming the most talented baseball players to show off their skills in one of the best stadiums in the country. Globe Life Field and Arlington’s Entertainment District are ready to put on a spectacular 2024 All-Star Week for baseball fans from all over the world.”