Where Ben Zobrist, other Cubs World Series heroes are now 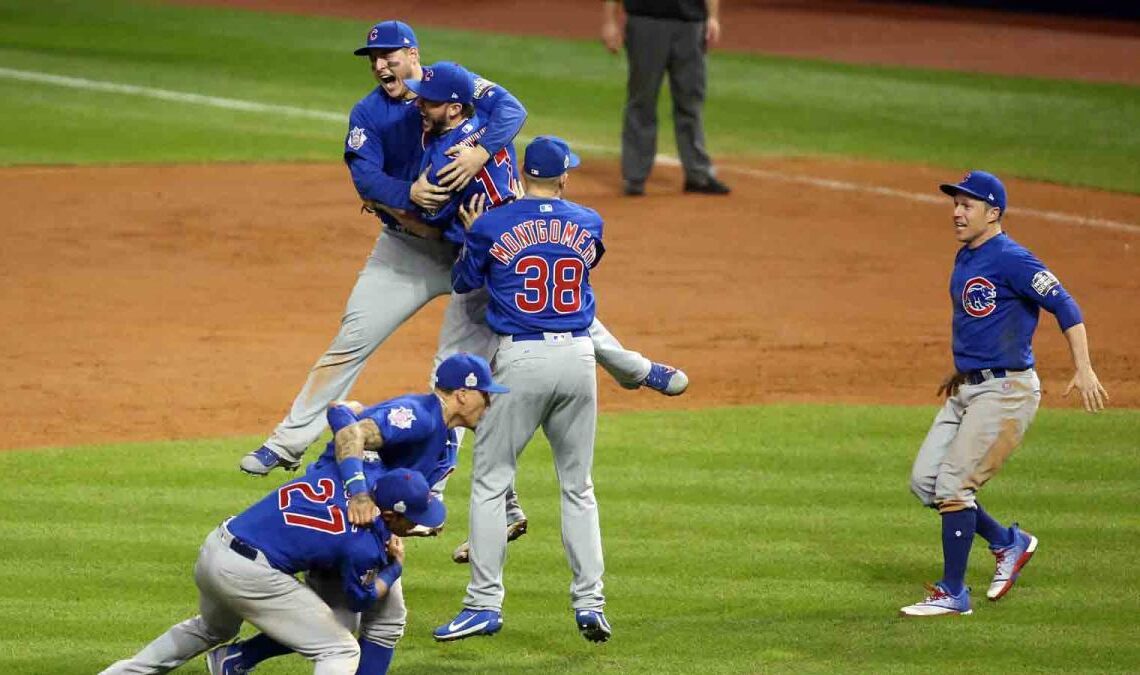 On a cold, rainy, star-crossed night in Cleveland — of all places — the Cubs pulled off the baseball equivalent of Charlie Brown actually kicking Lucy’s football.

Six years ago this month.

That’s also how long it took to completely dismantle what was one of the youngest hitting cores in World Series history.

With this week’s release of Jason Heyward before the final year of his eight-year, mega-contract and Tuesday’s decision by Willson Contreras to decline the Cubs’ qualifying offer and become a free agent, Kyle Hendricks is the last man standing from the Cubs’ 2016 championship roster.

And Hendricks’ health is anything but a certainty going forward after being shut down for the year midseason because of a capsular tear in his pitching shoulder. He’s expected to start playing catch sometime next month after multiple delays of that throwing program, and the Cubs maintain optimism that he’ll be healthy for the start of next season (the final guaranteed year of his contract).

So what happened? And where are they now?

The departures started almost immediately with some retirements and free agency after Game 7. But the Cubs didn’t break up most of the core in earnest until a dizzying flurry of cost-cutting trades and non-tenders that started after their 2020 pandemic-season division title.

Where everybody went from the Cubs’ 2016 World Series roster and where they are now:

OF Albert Almora Jr. — Theo Epstein’s first draft pick as Cubs boss (sixth overall in 2012) had the heads-up base-running play that led to the go-ahead run in the 10th inning of Game 7. He was non-tendered in the post-2020 roster purge. Almora played 64 games for the Reds this season before he was released by Cincinnati on Sept. 12.

RHP Jake Arrieta — The 2015 National League Cy Young winner and big-game 2016 performer left as a free agent after 2017, signed a three-year deal with Philadelphia, returned to the Cubs for a brief, rocky reunion and retired in April 2022. He’s now a podcast host with Barstool Sports.

SS Javy Báez — The 2016 NLCS co-MVP, Gold Glove, All-Star shortstop and 2018 NL MVP runner-up said he was five days away from getting a long-term extension done when the pandemic shut down spring training in 2020. He was traded to the Mets for Pete Crow-Armstrong at the deadline…